Police arrested a 17-year-old Virginia boy -- who was wanted in connection with the Friday shooting that killed his mother and six-year-old brother and injured his father -- in North Carolina Saturday.

Levi, Joshua Norwood's older son, then allegedly fired several shots at his father and then fled the scene.

Joshua Norwood then called for help.

According to police, Norwood was captured after employees at a retail store called in a shoplifting report.

A car in the store's parking lot matched the description of one reported stolen Friday in Fauquier County.

Prior to his arrest, Norwood was at large and considered armed and dangerous.

During the search, police urged residents of Fauquier County -- about 53 miles southwest of Washington, D.C. -- to shelter in place as law enforcement agencies from several surrounding counties, as well as the Virginia State Police, searched for the teenager.

Joshua Norwood, the suspect's 37-year-old father, was taken to an emergency room after the shooting.

As of Saturday, authorities said Joshua Norwood was in stable condition. 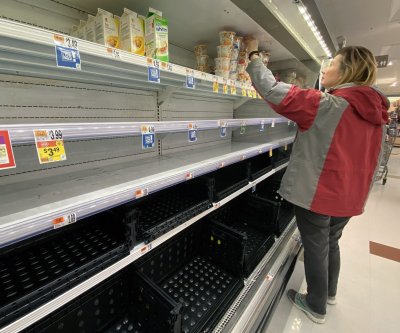 U.S. News // 14 hours ago
U.S.: Bi-state sage grouse not eligible for 'threatened' status
March 31 (UPI) -- A genetically distinct type of greater sage grouse found on the border between Nevada and California is not eligible for protection under the Endangered Species Act, the U.S. Fish and Wildlife Service said Tuesday.