A passenger of the Diamond Princess cruise ship stands on cabin balconies near the Daikoku Pier Cruise Terminal in Yokohama, Japan, on Tuesday. Photo by Franck Robichon/EPA-EFE

Feb. 15 (UPI) -- Americans quarantined on board a cruise ship at a Japanese port will be evacuated to the United States this weekend, the U.S. State Department said.

The State Department notified the roughly 380 Americans of the evacuation in a letter Friday.

"To fulfill our government's responsibilities to U.S. citizens under our rules and practices, as well as to reduce the burden on the Japanese healthcare system, the U.S. government recommends, out of an abundance of caution, that U.S. citizens disembark and return to the United States for further monitoring," the letter read.

"We recognize this has been a stressful experience and we remain dedicated to providing all the support we can and seeing you safely and expeditiously reunited with family and friends in the United States."

Each American will undergo a health check and those exhibiting symptoms of coronavirus won't be allowed on board the chartered aircraft.

The letter said that those who choose not to return to the United States aboard the aircraft will be unable to return "for a period of time."

Advertisement
RELATED WHO coronavirus team to arrive in China this weekend

More than 3,700 people on board the Diamond Princess have been quarantined on the cruise ship since Feb. 4. The quarantine was scheduled to be lifted Wednesday.

Of the thousands on board, 285 people have tested positive for the virus, which the World Health Organization has dubbed COVID-19. Sixty-seven new cases were announced Saturday.

Worldwide, more than 67,000 cases of the coronavirus have been confirmed, with more than 1,500 deaths, mostly in China, the epicenter of the disease. France reported Europe's first death from the virus Friday.

There have been 15 cases in the United States. Two of those people were being treated at the University of California San Diego Health Center, and many U.S. evacuees from China have been quarantined at Marine Corps Air Station Miramar in San Diego.

San Diego County Supervisor Nathan Fletcher declared a local public health emergency "out of an abundance of caution" on Friday. He said the local emergency will be in effect for seven days. 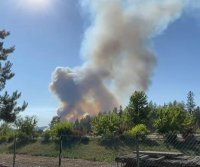 U.S. News // 22 hours ago
Appeals court says CDC exceeded authority with eviction moratorium
July 23 (UPI) -- A federal appeals court ruled Friday that the U.S. Centers for Disease Control and Prevention overstepped its authority when it imposed a moratorium on evictions amid the COVID-19 pandemic. 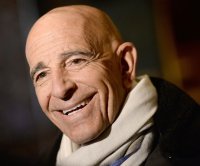 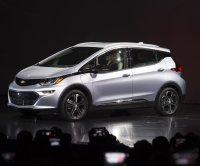