Oct. 23 (UPI) -- A federal judge in Massachusetts sentenced the CEO of a California marketing company to three weeks in prison as part of a nationwide college admissions case on Wednesday.

U.S. District Court Judge Indira Talwani also sentenced Jane Buckingham, 50, to one year of supervised release and ordered her to pay a fine of $40,000 after she pleaded guilty to one count of conspiracy to commit mail fraud and honest services fraud.

Buckingham paid $50,000 to the ringleader of the admissions scandal, William "Rick" Singer to arrange for her son to take the ACT at a Houston test center that Singer "controlled" through a corrupt administrator. Prosecutors said co-conspirator Mark Riddell corrected the teen's answers.

A physician advised Buckingham that her son could not fly to Houston due to a medical condition at which point she requested that Riddell take the test for her son while she administered a fake test to him at her home in Los Angeles.

Three days after Riddell completed the exam Buckingham made a $35,000 donation to Singer's false charity and her former husband paid the remaining $15,000.

She also told Singer she wanted to engage in the same scheme for her daughter.

Buckingham is the 11th parent to be sentenced in the case known as Operation Varsity Blues.

Last week actress Felicity Huffman reported to prison to begin serving her 14-day sentence for paying a bribe to help her daughter get into college as part of the scandal. 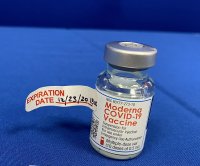 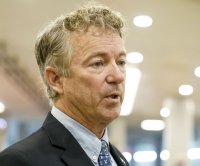