Bales of cocaine under the deck of a suspected smuggling vessel that was interdicted by the crew of the Coast Guard Cutter Alert in international waters of the Eastern Pacific Ocean in October, resulting in three people detained. Photo courtesy of U.S. Coast Guard/Website

Oct. 17 (UPI) -- The U.S. Coast Guard offloaded more than 6,900 pounds of cocaine in San Diego that was seized from drug smugglers in the Eastern Pacific Ocean, officials said.

Offloaded Wednesday, the cocaine, which is valued at more than $92 million, was seized from drug smuggling vessels between July and October by the crews of three Coast Guard cutters including the Alert, the Robert Ward and the Seneca off the coasts of Mexico and Central and South America, the service said in a statement.

"I am extremely proud of this crew for doing their part to keep these dangerous drugs off the streets," said Cmdr. Tyson Scofield, Alert's commanding officer. "The Eastern Pacific Ocean is a challenging environment, especially on a ship that is in her 50th year of service, yet this crew persevered to disrupt the illegal flow of narcotics that fuels instability in Central and South America."

The Coast Guard said the crew of the Alert, a 210-foot, medium-endurance cutter, was responsible for two seizures, hauling in approximately 4,000 pounds of cocaine, more than twice that of the other two crews combined.

According to the release, the Coast Guard has increased its presence in the Eastern Pacific Ocean and Caribbean Basin as they are home to known drug trafficking routes. The measure is part of its Western Hemisphere Strategy.

"The counter-drug mission is as important now as it has ever been, and these brave men and women can return home after a 69-day patrol knowing they made a difference," Scofield said.

U.S. News // 3 minutes ago
Temps hit 38 below zero in Alaskan city, setting new April record
April 10 (UPI) -- A historic cold blast settling into Alaska this week will send temperatures plummeting far below zero, which could topple century-old low-temperature records in one city and even a longstanding state record. 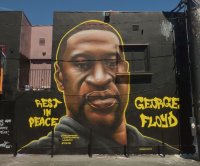 U.S. News // 19 hours ago
Biden creates panel to explore expansion, term limits for Supreme Court
April 9 (UPI) -- After refusing to tip his hand much during election season, President Joe Biden on Friday created an executive commission to explore the idea of adding justices to the U.S. Supreme Court, among other things. 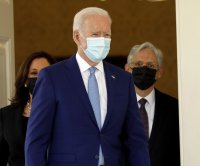 U.S. News // 23 hours ago
Boeing asks airlines to check 737 Max planes for electrical problem
April 9 (UPI) -- Boeing said Friday that it has recommended that more than a dozen carriers look into a possible electrical problem with a group of 737 Max aircraft in their fleets.