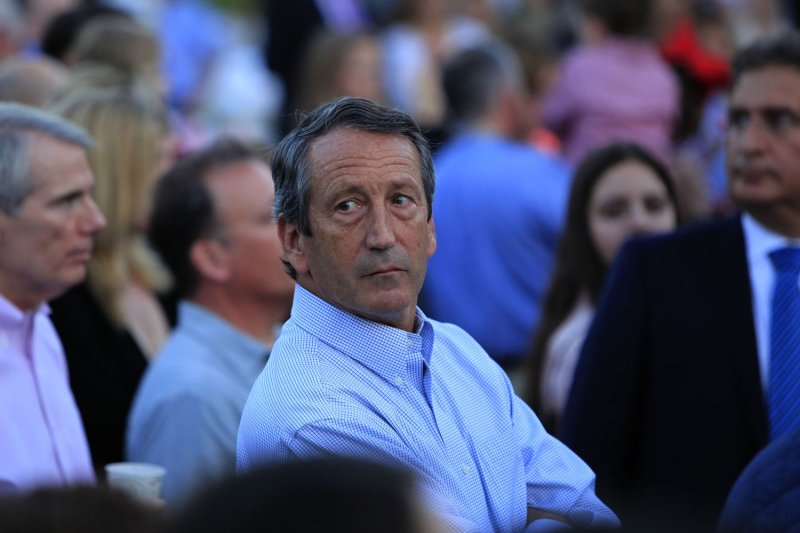 Sept. 17 (UPI) -- Mark Sanford hopes to challenge President Donald Trump in the Republican Party with a platform focused on tackling the national debt.

Sanford, a former governor and U.S. House member from South Carolina, described the national debt as "a problem you don't see," stating he will call more attention to the issue than Trump and the Democratic Party.

"Essentially no one 'leading' in Washington is leading, or even speaking of, our financial predicament. We are living in a government spending and financial la-la land. Which brings me to the larger question of what I, or any of us, can do about it?" Sanford wrote on Twitter while announcing his intent to run for president in 2020.

On his campaign website, Sanford states that he believes the U.S. government spends too much and proposes a "flatter and broader" tax system to combat the effect of tax exemptions on the national debt.

He criticized the Trump administration's spending, debt and deficits as "well above" President Barack Obama's, calling for financial restraint.

Sanford, 59, was born on May 28, 1960 in Fort Lauderdale, Fla., and graduated with a bachelor's degree in business from Furman University. He later earned an MBA from the University of Virginia.

While serving as South Carolina's governor, Sanford led a charge to turn down $700 million in federal stimulus money from the Obama administration, warning that the $787 billion national stimulus package would place a burden of debt on future generations. The state's Supreme Court ruled unanimously against his proposal, deciding the state must receive the funds.

In 2009, Sanford disappeared from office and his aides said he was hiking along the Appalachian Trail. On June 24 of that year, he admitted that he was actually in Argentina to visit a woman with whom he had been having an affair.

He and his wife of 20 years Jenny Sanford, divorced in 2010, but he refused to resign and ultimately served the remainder of his term in office before successfully running for Congress again in 2013.

Sanford served in Congress until 2019 after losing his re-election bid to then-Rep. Katie Arrington, who was endorsed by Trump.