An election banner in Arabic for the Arab Joint List Party hangs in Ramla. Photo by Debbie Hill/UPI | License Photo

Their discussion came three days before Netanyahu faces snap elections after being unable to form a coalition government earlier this year.

"I had a call today with Prime Minister Netanyahu to discuss the possibility of moving forward with a Mutual Defense Treaty, between the United States and Israel, that would further anchor the tremendous alliance between our two countries," Trump tweeted. "I look forward to continuing those discussions after the Israeli Elections when we meet at the United Nations later this month!"

Netanyahu tweeted in response to Trump, thanking him for the conversation.

"The Jewish State has never had a greater friend in the White House. I look forward to our meeting at the UN to advance a historic Defense Treaty between the United States and Israel," he said. "Together, we will continue full steam ahead with our common battle against terrorism."

"They will try to steal the election," he told KAN 11.

Netanyahu's Likud Party said the April election was stolen from the prime minister with forged votes.

He narrowly won the April election over Blue and White Party leader Benny Gantz, but snap elections were called for Tuesday because Netanyahu couldn't form a coalition government.

U.S. News // 3 hours ago
Final week of February to bring chances for snowfall across nation
Feb. 23 (UPI) -- As February enters its final week, AccuWeather forecasters are eyeing two storms -- one weakening, the other strengthening -- that have the potential to dump snow on areas from the central Plains and middle Mississippi Valley to the Great Lakes region and the interior Northeast.

U.S. News // 18 hours ago
Greyhound will not allow Border Patrol searches without warrants
Feb. 22 (UPI) -- Greyhound has announced it will no longer allow U.S. Customs and Border Protection agents to conduct routine immigration checks on its buses without warrants, reversing a statement two years ago that it would allow them. 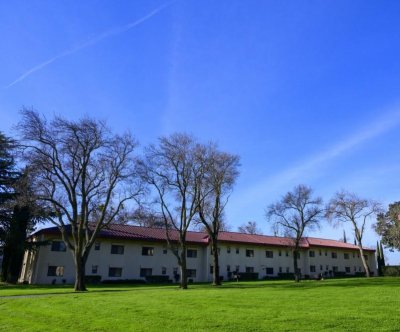 U.S. News // 18 hours ago
Court blocks transfer of coronavirus patients to California city
Feb. 22 (UPI) -- A federal court granted a temporary restraining order preventing the government from transferring dozens of patients who have tested positive for coronavirus from Travis Air Force Base to Costa Mesa.