Trump to visit communities in Dayton, El Paso on Wednesday

Trump is scheduled to first visit Dayton, arriving at Wright-Patterson Air Force Base at 10:35 a.m. EDT. He will leave for El Paso about two hours later, and arrive about 3:45 p.m. EDT and stay in the border city for nearly three hours, the White House said.

El Paso Mayor Dee Margo, a Republican, said Tuesday he plans to welcome Trump but acknowledged he's received messages of opposition from residents. He said Trump has been "very gracious" with his support and his focus remains on the community, not politics.

"He is the president of the United States," Margo said. "So in that capacity, I will fulfill my obligations as mayor of El Paso, and hope that if we are expressing specifics that we can get him to come through for us."

Twenty-two people died in the shooting at an El Paso Walmart Saturday. Two died Monday after spending two days in the hospital.

"I don't know how we deal with evil," Margo added. "I don't have a textbook for dealing with it other than the Bible.

"I will meet the president. I guess for people who have a lot of time on their hands, I will deal with the emails and phone calls."

Democratic presidential candidate Beto O'Rourke, an El Paso native who represented the city in the House, has advised Trump to stay away.

"He might be going to Toledo. I don't know," Dayton Mayor Nan Whaley joked, a reference to Trump misstating the location in remarks Monday.

Trump faces additional problems in El Paso because his presidential campaign still owes more than $569,000 for a rally six months ago, communications manager Laura Cruz-Acosta said. The charge covers the police presence and other safety measures. The city added a 21 percent late fee in June.

"As you see from the bill, these are services required for a presidential visit," said councilor Alexsandra Annello. "Our community and resources are already strained and do not need this extra burden."

Trump's visits follow substantial criticisms of Trump in the days since the attacks. Federal lawmakers are on summer recess and Democrats have called for an emergency session to address gun violence. Senate Republican leader Mitch McConnell has vowed to work in a bipartisan manner to address "recent mass murders which have shaken our nation." He also answered calls for an emergency session by saying there's no rush.

"First, no other nation on Earth comes close to experiencing the frequency of mass shootings that we see in the United States," he tweeted. "No other developed nation tolerates the levels of gun violence that we do."

"We are not helpless here. And until all of us stand up and insist on holding public officials accountable for changing our gun laws, these tragedies will keep happening.

"Like the followers of [the Islamic State] and other foreign terrorist organizations, these individuals may act alone, but they've been radicalized by white nationalist websites that proliferate on the Internet."

"We should soundly reject language coming out of the mouths of any of our leaders that feeds a climate of fear and hatred or normalizes racist sentiments; leaders who demonize those who don't look like us, or suggest that other people, including immigrants, threaten our way of life, or refer to other people as sub-human, or imply that America belongs to just one certain type of people."

U.S. News // 6 hours ago
2 inmates killed during fight in Mississippi prison
Jan. 22 (UPI) -- Two inmates were killed in a fight at a Mississippi prison, officials said, increasing the number of violent deaths within the state's correctional facilities to seven in less than a month.

U.S. News // 9 hours ago
2020 census kicks off in rural Alaska
Jan. 21 (UPI) -- The U.S. 2020 census officially kicked off Tuesday in the tiny western Alaskan town of Toksook Bay, which is closer to Russia via the Bering Straight than it is to the state's capital of Juneau by plane.

U.S. News // 12 hours ago
Krystal burger chain files for bankruptcy
Jan. 21 (UPI) -- Georgia-based Krystal has filed for Chapter 11 bankruptcy but announced no plans for layoffs or closures at its fast-food chain.

U.S. News // 12 hours ago
FEMA approves funds to rebuild hospital on Puerto Rican island
Jan. 21 (UPI) -- The Federal Emergency Management Agency approved $39.5 million to help an island off the coast of Puerto Rico rebuild its only hospital after damage caused by Hurricane Maria. 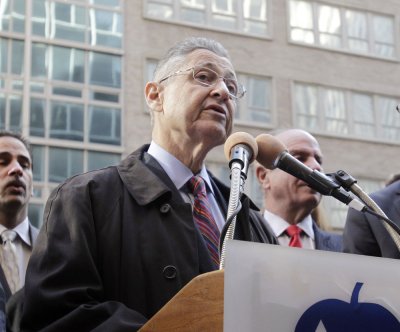 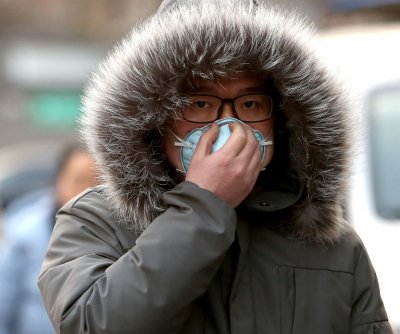