U.S. President Donald Trump congratulates Mark Esper after swearing him in as the new secretary of defense in the Oval Office of the White House in Washington on Tuesday. Photo by Yuri Gripas/UPI | License Photo

Esper was confirmed as the Trump administration's new secretary of defense after being confirmed in the Senate by a vote of 90-8. Photo by Yuri Gripas/UPI | License Photo

July 23 (UPI) -- Mark Esper was sworn in as secretary of defense Tuesday after being confirmed by the Senate, filling a Cabinet role that's been vacant since James Mattis' departure nearly seven months ago.

Esper was sworn in during a ceremony in the Oval Office of the White House, where he thanked President Donald Trump for nominating him to the position.

"Mr. President, it is a privilege for me and my family to be here with you today. Thank you for your leadership and for your commitment to a strong national defense and all of our service members," he said. "Our military has made tremendous gains in recent years thanks to your leadership and we stand ready today to take on any challenge. And while our soldiers, sailors, airmen and Marines stand guard each and every day, we will ensure their families are well taken care of."

Trump noted Esper's 21 years of military service and praised him for advancing U.S. national security working in government and the private sector.

"I am confident that he will be an outstanding secretary of defense. I have absolutely now doubt about it, he is outstanding in every way," Trump said. "We're honored to have you aboard."

The Senate voted 90-8 to make the acting secretary's job permanent.

Trump nominated Esper in for the Pentagon job after Patrick Shanahan, who had been acting chief since Mattis' resignation, withdrew from consideration last month.

Shanahan said he withdrew to protect his children from focus on an FBI investigation into a violent domestic dispute between he and his former wife nine years ago. The probe stemmed from a background investigation related to his possible nomination and confirmation hearing. Both Shanahan and his former wife, Kimberley Jordinson, told police they had been punched by the other. Both also denied being violent in the incident.

Mattis left the administration at the end of December, citing differences with Trump over his decision to withdraw U.S. troops from Syria.

A former West Point classmate of Secretary of State Mike Pompeo, Esper previously served as vice president of government relations at the defense contractor, Raytheon. Before that, he served as an Army infantryman in the Persian Gulf War. He also served on active duty in Europe and on the Army staff in Washington before transitioning to the National Guard and retiring after 21 years of service. He had served as an airborne ranger, and received the Legion of Merit, Bronze Star, and other awards.

During his confirmation hearing last week, Esper said the Pentagon must pay attention to growing threats by China and Russia.

"This requires us to modernize our forces and capitalize on rapid technological advancements in fields such as artificial intelligence, robotics, directed energy, and hypersonic," he said.

Esper has said the upgrade strategy includes weapon systems and other equipment. Strengthening international alliances and improving performance and accountability at the Pentagon are also key focus areas. 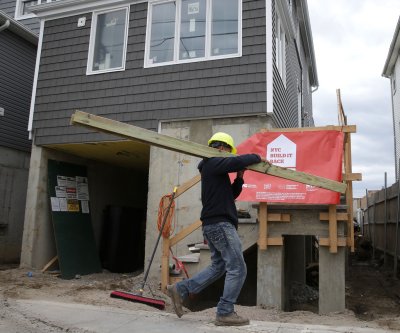