CAPE CANAVERAL, Fla. May 13 (UPI) -- SpaceX's Falcon Heavy is set for its third-ever launch June 22, carrying 24 payloads for the U.S. Air Force and other government clients, from Launch Complex 39A at NASA's Kennedy Space Center in Florida.

It's the first time the U.S. military will use a Falcon Heavy rocket, and it will reuse the two boosters that launched Falcon Heavy's Arabsat-6A mission in April.

According to an Air Force announcement, the launch is "among the most challenging launches in SpaceX history, with four separate upper-stage engine burns, three separate deployment orbits, and a final propulsive passivation maneuver during a total mission duration of over six hours."

Known as STP-2, the mission will carry a broad range of science and technology experiments and demonstrations. The various satellites will provide data on weather forecasting, environmental monitoring, communications and other topics.

The military will evaluate the launch with an eye toward future missions that rely on SpaceX's reusable boosters, the Air Force said.

Falcon Heavy is essentially three smaller Falcon 9 rockets strapped together. In that configuration, it is the tallest and most powerful rocket in use today.

The maiden launch of the Falcon Heavy in February 2018 drew about 100,000 onlookers, and thousands lined streets and waterfronts to see the second launch. The launches are remarkable not only because of the large rocket taking off, but also because two boosters fly back to Cape Canaveral, creating double sonic booms and a visual spectacle.

The third booster has, so far, targeted a barge in the Atlantic Ocean for its landing.

U.S. News // 21 hours ago
Trump threatens to send military to 'solve' violent U.S. protests
June 1 (UPI) -- President Donald Trump on Monday declared he has mobilized all federal response and encouraged governors to establish an "overwhelming law enforcement presence" in response to protests over the killing of Geroge Floyd.

U.S. News // 1 hour ago
Illinois man charged with handing out 'bombs' during Minneapolis protests
June 2 (UPI) -- Federal authorities have charged an Illinois man for crossing state lines into Minnesota where he filmed himself passing out explosive devices and urging people to throw them at police and buildings.

U.S. News // 5 hours ago
U.N. report: Taliban maintains ties with al-Qaida despite U.S. peace deal
June 1 (UPI) -- The Taliban has maintained close ties with al-Qaida, according to a recently released U.N. report, suggesting it is undermining the agreement it signed with the United States earlier this year.

U.S. News // 12 hours ago
Report: Pandemic's U.S. economic hit could last 11 years, cost $8 trillion
June 1 (UPI) -- The coronavirus pandemic will affect the economic health of the United States for the next decade, with a $7.9 trillion hit on the country's gross domestic product over the next 11 years, a federal agency said Monday. 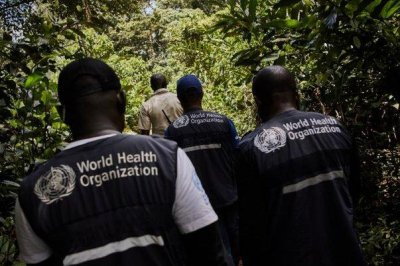