Judge strikes down North Carolina's ban on abortions after 20 weeks

The judge is giving North Carolina lawmakers 60 days to either rewrite the abortion law or appeal his ruling. File Photo by Ken Cedeno/UPI | License Photo

March 26 (UPI) -- A federal judge has ruled that North Carolina's ban on abortions after the 20th week of pregnancy is unconstitutional.

District Judge William Osteen on Monday struck down a 2016 overhaul of the state's abortion law that tightened restrictions. His ruling now makes abortions legal at any point before the fetus is viable outside the womb.

He said basing an abortion law on a specific week or month of pregnancy is unconstitutional.

"A state is never allowed to prohibit any swath of pre-viability abortions outright, no matter how strenuously it may believe that such a ban is in the best interests of its citizens or how minimal it may find the burden to women seeking an abortion," he wrote.

The American Civil Liberties Union of North Carolina, one of the plaintiffs in the case, welcomed the ruling, calling it a victory.

"Important medical decisions throughout different points of a woman's pregnancy, including whether to have an abortion, must be left to the woman and her doctor -- not politicians," ACLU of North Carolina senior staff attorney Irena Como said.

"North Carolina's ban was written by politicians to intimidate doctors and interfere in a woman's personal medical decisions. We're glad the court blocked this harmful and restrictive measure while affirming that people have a constitutional right to make their own decisions about their pregnancy."

The NC Values Coalition, a conservative Christian group, said Osteen's ruling affirms that lawmakers have the right to restrict abortion when the fetus is viable.

"Our coalition will continue to advocate for the reborn and we will seek immediate actions during this legislative session to strengthen our state's laws that precut the unborn.

"This court declines to act in a manner that would deprive the North Carolina legislature the opportunity, in the first instance, to either pass legislation or challenge this decision on appeal, whichever they decide may be in the interests of the citizens they represent," he wrote. 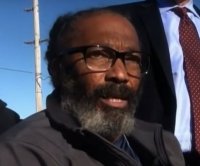