"They must be punished once and for all," Iranian President Hassan Rouhani said Monday.

Iranian women protest during the 39th anniversary of the 1979 United States Embassy takeover in front of former American embassy in Tehran, Iran on Sunday. Photo by Maryam Rahmanian/UPI | License Photo

An Iranian demonstrator wears a picture of U.S President Donald Trump as the other one holds a gun on him during the 39th anniversary of the 1979 United States Embassy takeover in front of former American embassy in Tehran, Iran on Sunday. Photo by Maryam Rahmanian/UPI | License Photo

An Iranian demonstrator passes by the former American embassy during the 39th anniversary of the 1979 United States Embassy takeover in Tehran, Iran on Sunday. Photo by Maryam Rahmanian/UPI | License Photo

Iranian women protest during the 39th anniversary of the 1979 United States Embassy takeover in front of former American embassy in Tehran, Iran on Sunday. Photo by Maryam Rahmanian/UPI | License Photo

An Iranian woman demonstrator shows her hand that said "I will die for the Leader" during the 39th anniversary of the 1979 United States Embassy takeover in front of former American embassy in Tehran, Iran on November 4, 2018. The anniversary of the takeover fell just hours before the United States was set to void the nuclear deal and restore all sanctions against Iran. Photo by Maryam Rahmanian/UPI | License Photo

Iranian demonstrators holds a pictures of Iran's current leader Ayatollah Khamenei that say "Sanctions are welcoming" during the 39th anniversary of the 1979 United States Embassy takeover in front of former American embassy in Tehran, Iran on Sunday. Photo by Maryam Rahmanian/UPI | License Photo

Iranian demonstrators burn an American flag during the 39th anniversary of the 1979 United States Embassy takeover in front of former American embassy in Tehran, Iran on Sunday. Photo by Maryam Rahmanian/UPI | License Photo

Rouhani, speaking at a gathering of the country's directors and deputies in its Ministry of Economic Affairs and Finance Monday, said Tehran will sidestep the sanctions -- penalties that long hampered Iran but were lifted as part of the 2015 nuclear agreement.

U.S. President Donald Trump said last week the sanctions would return, and the White House Instagram account even boasted about their return in a post over the weekend.

"We should break the sanctions very well, and we will do that," Rouhani said Monday, state-run Press TV reported.

Echoing the anti-U.S. sentiment in Iran over the weekend, Rouhani's words Monday struck a threatening tone.

"With the help of the people, and the unity that exists in our society, we have to make the Americans understand that they must not use the language of force, pressure and threats to speak to the great Iranian nation. They must be punished once and for all."

Secretary of State Mike Pompeo and Treasury Secretary Steve Mnuchin said Friday the administration was making the move to stop what it called Iran's destabilizing activities around the world. They said Tehran has funneled money to terror groups like Hezbollah and Hamas and funded Houthi rebels in Yemen.

The sanctions against Iran were removed under the nuclear deal -- formally called the Joint Comprehensive Plan of Action -- in exchange for Tehran limiting its nuclear research to the laboratory. The United States and several Western governments signed off on the pact. Earlier this year, the Trump administration withdrew from the agreement, saying it offered the United States no benefit.

Some nations will receive a waiver to continue doing business with Iran -- transactions that are once again illegal under the renewed sanctions.

"In order to maximize the effect of the president's pressure campaign, we have worked closely with other countries to cut off Iranian oil exports as much as possible," Pompeo said. "We expect to issue some temporary allotments to eight jurisdictions, but only because they have demonstrated significant reductions in their crude oil and cooperation on many other fronts and have made important moves towards getting to zero crude oil importation."

"We are sending a very clear message with our maximum pressure campaign that the U.S. intends to aggressively enforce our sanctions. Any financial institution, company or individual who evades our sanctions risks losing access to the U.S. financial system and the ability to do business with the United States or U.S. companies."

The treasury department released a list of 700 businesses and individuals that are part of the sanctions, including some 50 Iranian banks and their foreign and domestic subsidiaries; more than 200 people and vessels in Iran's shipping and energy sectors, and an Iranian airline and more than 65 of its aircraft.

"Iran's leaders must cease support for terrorism, stop proliferating ballistic missiles, end destructive regional activities, and abandon their nuclear ambitions immediately if they seek a path to sanctions relief," Mnuchin said in a statement Monday. "The maximum pressure exerted by the United States is only going to mount from here. We are intent on making sure the Iranian regime stops siphoning its hard currency reserves into corrupt investments and the hands of terrorists."

The Treasury Department stated that Iranian banks have sent billions of dollars to the Islamic Revolutionary Guard Corps-Quds Force for state-sponsored activities around the world, some connected to terrorism and the spread of weapon of mass destruction.

Islamic Republic of Iran Shipping Lines and its 65 subsidiaries are also banned in the new action. One subsidiary, Valfajr Shipping Co. PJS, is used to transfer passengers, cargo, containers to major ports in the Persian Gulf region.

Iran Air, the country's national airline, also has been named in sanctions.

Monday's revived sanctions came after the European Union, Russia and China vowed to work around the sanctions if they returned.

U.S. News // 30 minutes ago
$14B in new aid opens to farmers; U.S. adds 37K COVID-19 cases
Sept. 21 (UPI) -- Beginning Monday, farmers and ranchers affected by the COVID-19 pandemic can begin signing up for the second round of the Coronavirus Food Assistance Program aid program, which will direct billions to the industry.

U.S. News // 1 hour ago
Poll: Democrats better able to handle top problems than GOP
Sept. 21 (UPI) -- More Americans feel that Democrats are more capable than Republicans of handling the most important issues facing voters in the home stretch of the 2020 presidential campaign, a poll showed Monday. 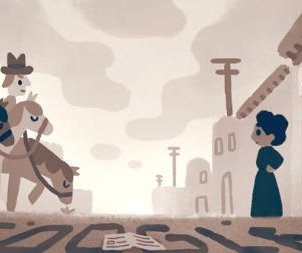 U.S. News // 5 hours ago
California's Bobcat fire grows to 103K acres
Sept. 21 (UPI) -- A new fast-moving wildfire in California has grown to more than 103,000 acres, making it one of the largest blazes in Los Angeles County's history.

U.S. News // 23 hours ago
Oracle, Walmart team up for deal to purchase TikTok
Sept. 20 (UPI) -- The U.S. government has tentatively approved a deal for Oracle and Walmart to acquire a 20% stake in a new company, Global ByteDance, averting a ban on downloads of the Chinese-based TikTok in U.S.