Water heater may have emitted gas that killed Iowa family

State attorney for the Yucatan Peninsula state of Quintana Roo Miguel Angel Pech said "all the indications" suggest a water heater may have been the source of a gas leak that killed an Iowa family of four who were staying at a condominium in Mexico. Photo by Fiscalia General QR/Twitter

March 26 (UPI) -- A water heater may have been the source of the gas leak that killed an Iowa family of four found dead in a Mexican hotel, officials said Monday.

An inspection over the weekend determined the water heater in the rented condominium in Tulum where Kevin Wayne Sharp, 41; Amy Marie Sharp, 38; and their children, Sterling Wayne Sharp, 12; and Adrianna Marie Sharp, 7; were found dead, was leaking gas.

"All the indications are that a gas leak was the cause of the death of four members of a family in Bahia Principe de Tulum, Quintana Roo, and installations are already being investigated to determine what happened and who is responsible," State attorney for the Yucatan Peninsula state of Quintana Roo Miguel Angel Pech said.

Pech said a "high concentration" of toxic gas was found in the room and added it was possible the gas leak was caused by a lack of maintenance or overuse.

Martinez added five people were evacuated from rooms around the affected apartment following the incident.

Autopsies revealed the family died from gas asphyxiation and had been dead for 36 to 48 hours when their bodies were discovered on Friday.

Forensic samples were sent to labs in Mexico City Monday as officials seek to identify the gas in the next 10 days, Pech said.

U.S. News // 3 hours ago
Portland police arrest driver who struck 6 people
Jan. 26 (UPI) -- Police officers in Oregon have arrested a motorist accused of striking at least six people, including one fatally, with their car over a span of dozens of Portland city blocks, authorities said. 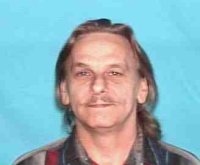 U.S. News // 4 hours ago
9 Houston officers charged in probe of botched 2019 raid
Jan. 25 (UPI) -- A Texas grand jury on Monday indicted nine Houston police officers, including one for murder, for crimes uncovered during an investigation into a botched drug raid that left two people and their dog dead.

U.S. News // 17 hours ago
Moderna says its COVID-19 vaccine effective in blocking new strains
Jan. 25 (UPI) -- Pharmaceutical company Moderna on Monday released new data that show its vaccine has proven to be effective against new, mutated strains of COVID-19 that first were identified in Britain and South Africa.