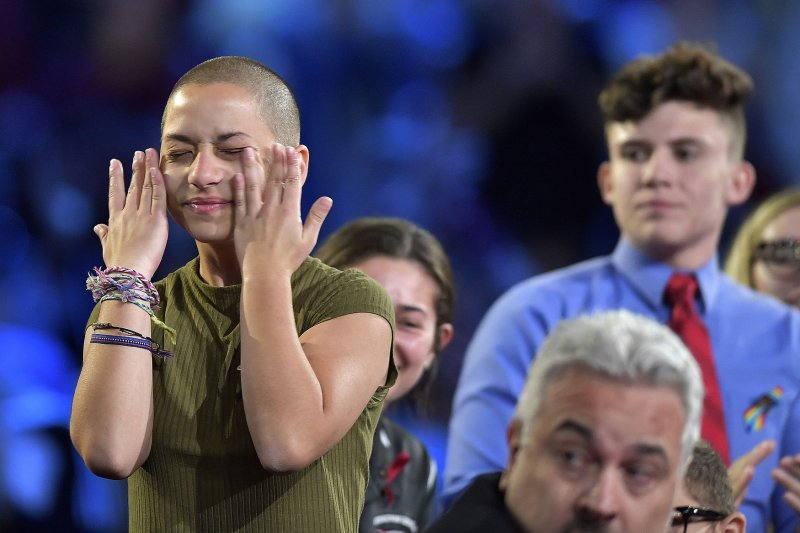 March 17 (UPI) -- Leslie Gibson left the Maine House race as competition heated up for the once unopposed candidate after his controversial remarks about two Parkland students.

Gibson, a U.S. Navy retiree, criticized two teen survivors of the mass shooting in Parkland, Fla. The shooting at Marjory Stoneman Douglas High School on Valentine's Day claimed the lives of 17 people. Gibson bashed two of the young survivors who have spoken out publicly about gun control since the shooting. Florida prosecutors are seeking the death penalty for the accused shooter, Nikolas Cruz.

In particular, Gibson ridiculed Emma Gonzalez, 18, referring to her as a "skinhead lesbian." In another social media post, he insulted David Hogg, calling him a "bald-faced liar."

Gibson apologized in a tweet directly to one of the students, Gonzalez, offering his "sincere apology."

He ran unopposed before the social media comments, but faced Republican challenger Thomas Martin and Democrat Eryn Gilchrist joining the race against him after the remarks.

Martin told the Sun Journal that Gibson's remarks prompted him to join the race.

"After those recent unfortunate comments, I couldn't sit back," Martin said.

U.S. News // 12 hours ago
Texas state court throws out lawsuit against doctor who violated abortion law
Dec. 8 (UPI) -- A judge in San Antonio has thrown out a lawsuit filed against a Texas abortion provider who intentionally violated a controversial state abortion law.

Keystone Pipeline shut down over oil leak in Kansas