Lawmakers passed the state budget proposal, which included $2.8 million to fund the free tuition program for one year. Graduating high school seniors who maintain a 2.5 GPA and go to school full-time will be eligible, regardless of income.

The current tuition at the Community College of Rhode Island -- the only community college in the state -- is $2,074 per semester for in-state residents. But CCRI was already planning on striking tuition for incoming students in the fall semester of 2017 even before the budget officially passed.

The free tuition at community college plan is a partial win for Gov. Gina Raimondo, who had been pushing for a broader proposal that would have also made two years free at both of the state's 4-year colleges. But lawmakers rejected that plan. 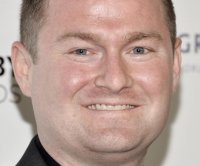