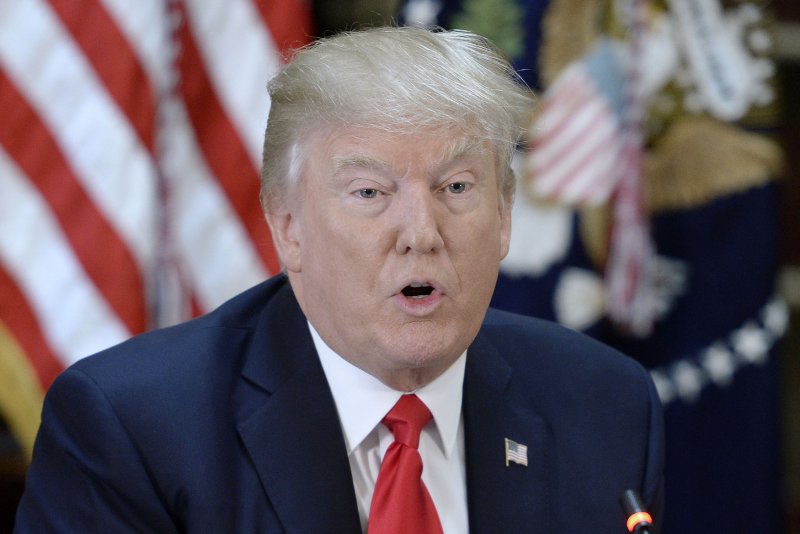 Campaign associates of U.S. President Donald Trump had communications with Russians that were intercepted by British and other European intelligence agencies months prior to an FBI investigation into the matter, intelligence sources said. Pool Photo by Olivier Douliery/UPI | License Photo

April 14 (UPI) -- British and other European intelligence agencies intercepted communication between members of Donald Trump's campaign team and Russian officials and passed that information on to the United States, intelligence sources said.

A source said GCHQ first became aware of suspicious "interactions" between Trump and suspected agents of Russia in late 2015 after picking up the contact during routine surveillance of Russians. The agency then passed that information to U.S. officials as a routine exchange of information.

In the following months, different European agencies targeting the same Russians began to see a pattern of connections, sources said. Until summer 2016, other countries including Germany, Estonia, Poland, Australia, and possibly France and the Netherlands, passed on intelligence related to Trump associates and Russians.

U.S. and British sources acknowledged that GCHQ played an early, prominent role in initiating the FBI's investigation on the link between Russia and Trump, which began in late July 2016.

The sources also said the FBI and CIA were slow to appreciate the extensive nature of the contacts, in part due to a U.S. law prohibiting intelligence agencies from examining the communication of U.S. citizens without a warrant.

"It looks like the [U.S.] agencies were asleep," one source told The Guardian. "[European agencies] were saying: 'There are contacts going on between people close to Mr. Trump and people we believe are Russian intelligence agents. You should be wary of this. ... The message was: 'Watch out. There's something not right here.'"

The sharing of intelligence will likely be part of the Senate Intelligence Committee's investigation into Russia's efforts to meddle with the 2016 U.S. presidential election.

The House and Senate intelligence committees, and the FBI are all investigating Russia's alleged meddling in the 2016 U.S. presidential election.

In March, an official said the White House apologized to Britain after press secretary Sean Spicer suggested GCHQ wiretapped Trump Tower during his presidential campaign at the request of former President Barack Obama.

U.S. News // 6 hours ago
Oklahoma schedules 25 executions to begin in August
July 1 (UPI) -- An Oklahoma court on Friday scheduled the executions of 25 men over the next two and a half years, cases that the prisoners' lawyers say "exemplify systemic flaws" in the state's use of the death penalty.

U.S. News // 9 hours ago
Biden predicts states will ban women from traveling for abortion
July 1 (UPI) -- President Joe Biden on Friday predicted some states will try to prevent women from crossing state lines to seek an abortion but pledged to protect women's rights to travel to seek such services.

U.S. News // 11 hours ago
Iowa family sues amusement park in death of 11-year-old in 2021
July 1 (UPI) -- The family of an 11-year-old Iowa boy who died when an amusement park ride malfunctioned nearly a year ago filed a lawsuit against the park and its managers on Thursday.
Advertisement