NEW YORK, July 12 (UPI) -- Speaker of the House Paul Ryan continued to walk a high wire between trying to unify Republicans and keeping a safe distance from the controversial rhetoric of presumptive nominee Donald Trump as he spoke at a CNN Town Hall just days before his party's convention in Cleveland.

Ryan told Jake Tapper the recent shooting deaths of the five police officers in Dallas and the string of shootings of black men by police officers has created a tinderbox in the country and warned against people "hardening ourselves into our corners," and reminded people not to generalize and be more respectful of each other.

"I think it's important we calm down and start listening to each other and we start talking about solutions," Ryan said, pointing out that politicians should follow the example of success stories of communities around the country that have diffused potential problems.

"People feel ... they are not safe because of the color of their skin," he said. "That's profound. And because people believe that, we have to listen to that."

He also said "our politics have been pretty poisoned," and "we are impugning people's motives" when asked about how divided the United States is at the moment. "We have to go back to making politics about a contest of ideas."

Ryan defended Republican efforts to prosecute presumptive Democratic nominee Hillary Clinton over her sending classified information via private email server as an effort to ensure "fair treatment" and that "no one is above the law."

Ryan also responded to Supreme Court justice Ruth Bader Ginsberg's recent criticisms of Donald Trump, calling them "out of place in an appointed branch of government."

The speaker had to defend Trump multiple times telling the audience that would speak up whenever he disagreed with something that didn't reflect the party's values, but also said the wishes of Republican voters had to be respected. Republicans who chose not to support Trump would consequently be electing Clinton, he said.

One of the things in which Ryan disagreed with Trump, was the Trump's proposal of creating a deportation force to round up, arrest and deport approximately 11 million illegal immigrants.

"I don't think rounding up 11 million people is A, the right thing to do, B, would work and I don't think you'd like to see what we'd have to do to the country to do that," Ryan said.

A Republican gun control bill in the wake of the Dallas and Orlando shootings has yet to materialize, but Ryan said House GOP members are working on measures to reform mental health treatment and stop waste at the Veterans Administration.

"We have not reformed our mental health laws in a generation," he told the man wrongly identified as one of the Dallas shooters. "Mental illness is what we have found in these mass shootings as one of the sources of the problem."

Ryan also pitched his own accomplishments as the man who was thrust into the speaker's job.

"I had about six days notice to take this job," he said. "It became clear to me if I had not done it ... that would have ripped our party in half."

Ryan said he's led his party to consensus on issues and pushed for "giving the country a clear and legitimate choice this fall." 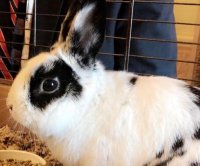 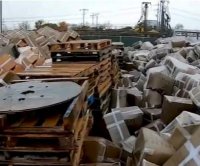