On the issues: Student loan reform offers rare moment of agreement for candidates

The issue of student loan reform is a rare one on which Hillary Clinton, Donald Trump and Bernie Sanders agree in principle on a basic piece of policy -- all three say the federal government should stop making money off interest paid by Americans with student loans. UPI file photo composite

WASHINGTON, May 26 (UPI) -- Underscoring the increasing importance of millennial voters in presidential elections, an issue that barely made a blip on the political radar four years ago has gotten significant attention in 2016: student loan reform.

At least on the surface, the issue presents a rare unifying moment between presumptive Republican presidential nominee Donald Trump, and Democrats Hillary Clinton and Bernie Sanders.

All three agree the federal government should not be earning money from interest paid on federally subsidized student loans.

From there, though, the candidates differ. Sanders goes the furthest on the overall issue of college costs, calling for free public school college tuition for all Americans.

Clinton initially criticized that stance, saying taxpayers should not have to foot the bill for students from wealthy families, but agrees college costs must be reduced. She has since proposed making in-state college tuition free for students of families earning $85,000 or less immediately. That threshold would increase gradually to $125,000 by 2021.

Trump has not made a formal statement on the issue, but in interviews has suggested the federal interest rate on student loans should be lowered and overall gains in the employment market under his administration will make it easier for young people to pay off college debt.

Here is a detailed look at where the candidates stand:

Clinton's stated goal, that all Americans should be able to graduate with a bachelor's degree debt-free, comes with a number of specific proposals.

"We need to make a quality education affordable and available to everyone willing to work for it, without saddling them with decades of debt," Clinton's website states.

She proposes to do it in several ways.

The first proposal is to remove federal Pell grants from her debt-free graduation plan, thereby allowing students to use the federal money toward non-tuition college expenses like living expenses and textbooks.

She also calls for some students to work 10 hours per week on campus, with their salary going toward tuition.

Her plan also calls for families of students to "do their part by making an affordable and realistic family contribution." She says colleges and universities will be held "accountable" for controlling their own costs and making tuition affordable for students without having to take out loans.

For individuals who have graduated and are paying off student loans, Clinton has proposed allowing them to refinance loans to the existing lower interest rates. She also would cap monthly student loan payments at 10 percent of a person's income.

To help facilitate the new repayment requirements, Clinton says she would issue an executive order freezing all student loan payments nationally for three months, while the federal Department of Education worked with lenders to get them under compliance with the new regulations.

Clinton did not estimate a price tag for her plan, dubbed the New College Compact, but said it would be "fully paid for" by ending unspecified tax breaks for "high-income taxpayers."

A hallmark of the Sanders campaign is the candidate's call for free public college and university tuition. The pledge regularly earns huge cheers from supporters at his rallies, which are often held on college campuses and are heavily attended by young voters.

"It is insane and counter-productive to the best interests of our country and our future, that hundreds of thousands of bright young people cannot afford to go to college, and that millions of others leave school with a mountain of debt that burdens them for decades," Sanders' website states.

How does he propose to do it?

Sanders calls for enacting a new tax on "Wall Street speculators," also known as the derivatives market, and using the money to fund a tuition-free public college and university system in all 50 states.

While free tuition is a hallmark, Sanders' plan, like Clinton's, does not go as far as promising expense-free college for everyone. He also calls for universities to provide "100 percent of financial needs for low-income students."

His plan does not specify what family or individual income levels would constitute "low income," nor does he say how much the federal government would help offset the burden of free living expenses and textbooks for those low-income students. He calls for a combination of "federal, state and college financial aid."

Sanders also proposes reverting to the 2006 formula used to calculate federal student loan interest rates, which he says would reduce the rate from 4.2 percent to 2.3 percent. 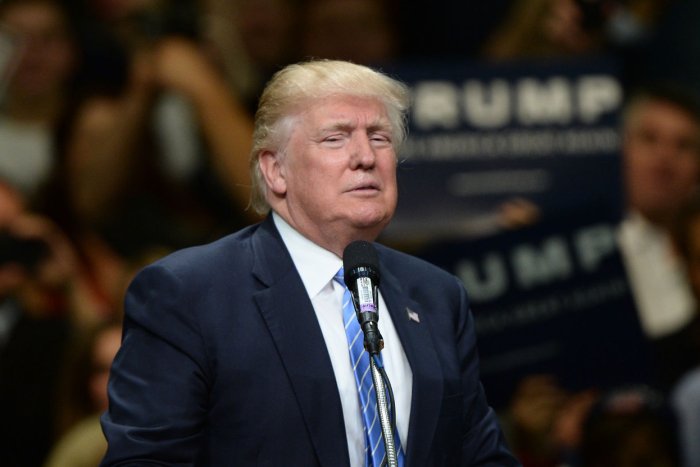 Trump's official campaign website does not contain a stated position on student loan reform. He has, however, been asked about the issue on the campaign trail.

In a Fox News town hall in April, a voter asked Trump what he would do to reduce college debt. Trump said it was the most frequent question he gets from voters and promised college debt would go down under his administration.

Like Clinton and Sanders, Trump has called for the end to the federal government making money off student loan interest payments.

"They're in college -- they're doing well but they've got student loans up to the neck. They're swimming in these loans," Trump told The Hill during an interview in July, shortly after he entered the race. "That's probably one of the only things the government shouldn't make money off -- I think it's terrible that one of the only profit centers we have is student loans."

He also said the increase in jobs he believes his economic policies would create will make paying off student debt easier for young people who paid to attend a four-year school.

During the Fox town hall in April, Trump was openly critical of Sanders' free tuition plan.

"You know there's no such thing as free education because somebody else is paying for it, the taxpayers. I've watched Bernie. If you took 100 percent of everything, you still couldn't afford [free college tuition]. The colleges are not watching their costs because they don't care. The government keeps giving [students] more and more money and they just give it to the colleges."

U.S. News // 4 hours ago
Biden warns of 'Armageddon,' says Putin 'not joking' about using nuclear weapons
Oct. 6 (UPI) -- President Joe Biden on Thursday warned that the world could be heading toward "Armageddon" and that Russian President Vladimir Putin is "not joking" about his threats to use nuclear weapons amid the war in Ukraine.

U.S. News // 6 hours ago
Amazon hiring 150,000 holiday workers with up to $3K signing bonuses
Oct. 6 (UPI) -- Amazon is looking to get a jump on any potential logistics issue, and will hire 150,000 employees in the United States to help deal with the holiday rush, the company said on Thursday.

U.S. News // 7 hours ago
Judge gives Elon Musk Oct. 28 deadline to avoid trial in Twitter deal
Oct. 6 (UPI) -- Elon Musk has until Oct. 28 to close his acquisition of Twitter if he wants to avoid a trial, a Chancery judge in Delaware ruled Thursday.

U.S. News // 7 hours ago
NYPD vehicle crashes into sidewalk injuring 10 people
Oct. 6 (UPI) -- A marked NYPD vehicle on Thursday crashed into another car which caused it to mount a curb and injure a crowd of people, including children on the sidewalk.