President Barack Obama sits alongside Secretary of State John Kerry on Thursday as he speaks about the Iran nuclear agreement during a meeting with veterans and Gold Star Mothers, at the White House in Washington, D.C. Obama is expected to announce an easier way for students to apply for college financial aid Monday. Photo by Kevin Dietsch/UPI | License Photo

Since the new system kicks off next year, current students will still have to apply under the old system in January.

President of the Institute for College Access and Success Lauren Asher said the FAFSA changes "means students will be able to apply for aid earlier and more easily, and make better informed decisions about where to apply and how to pay for college."

The Obama administration estimates there are about 2 million college students who are eligible for a Pell Grant but who have never applied for financial aid. The White House predicts more students who qualify for grants will apply.

The aid application changes come after Obama announced the new College Scorecard website that features information about colleges not previously available. Most notably, it presents the average earnings from graduates at individual schools based on Internal Revenue Service data.

U.S. News // 9 minutes ago
Biden makes $100M pledge to aid Southeast Asia with COVID-19, climate change
Oct. 26 (UPI) -- At a summit Tuesday with a unified bloc of 10 Southeast Asian nations, President Biden will announce a $100 million initiative that the White House says is a measure of support in the face of growing Chinese influence. 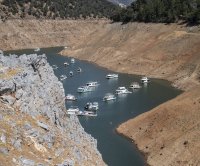 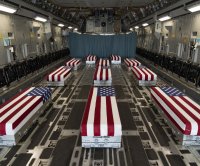 U.S. News // 12 hours ago
At least two killed, four injured in shooting at Idaho mall
Oct. 25 (UPI) -- At least two people were killed and four others, including a police officer, were injured in a shooting at a mall in Idaho on Monday afternoon.
Advertisement