"At no time then or since has a single piece of forensic evidence -- or evidence of any kind -- ever tied McCallum or Stuckey to the [murder]," wrote McCallum's attorney.

MaCallum and friend Willie Stuckey were convicted for the October 1985 kidnapping and murder of 20-year-old Nathan Blenner, who was discovered in the Bushwick section of Brooklyn with a gunshot wound to his head.

Stuckey and McCallum both confessed, but their stories were contradictory as the confession was coerced. Both men were sentenced to serve 25 years to life in prison. Stuckey, whose conviction will also be overturned, died while in jail.

McCallum could have been freed years ago, but by maintaining his innocence, parole boards felt the inmate was not expressing appropriate remorse for the crime he was convicted of.

"At no time then or since has a single piece of forensic evidence -- or evidence of any kind -- ever tied McCallum or Stuckey to the crime," Oscar Michelen, McCallum's pro-bono attorney, wrote in a letter to Brooklyn District Attorney Kenneth Thompson in January.

"My single regret in life is that David McCallum ... is still in prison," echoed boxer and fellow false-convict Rubin "Hurricane Carter" in a New York Daily News editorial two months before his April death.

"Knowing what I do, I am certain that when the facts are brought to light, Thompson will recommend his immediate release."

U.S. News // 3 hours ago
3 dead, 2 missing after tubers go over N.C. dam
June 18 (UPI) -- Authorities in North Carolina said search and rescue crews scouring the Dan River for a group of tubers who went over a dam retrieved three bodies while two other people were still missing.

U.S. News // 4 hours ago
1 dead, 12 injured in Arizona drive-by shooting spree
June 17 (UPI) -- Police in Arizona said officers have taken a man into custody following a series of drive-by shootings through three West Valley cities that left one person dead and at least 12 others injured. 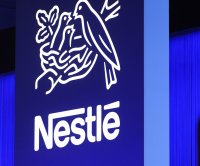