President Obama addressed the botched execution of Clayton Lockett for the first time Friday and says there are problems with the use of the death penalty.

President Barack Obama and German Chancellor Angela Merkel hold a joint press conference in the Rose Garden at the White House in Washington, D.C. on May 2, 2014. Obama and Merkel spoke about their country's joint efforts in protecting economic and security interests for the U.S. and Europe. (UPI/Kevin Dietsch) | License Photo

WASHINGTON, May 2 (UPI) -- The botched execution of Clayton Lockett in Oklahoma "highlights" problems with the death penalty in that state and elsewhere, President Obama said Friday.

The president made his first comments on Tuesday's botched execution at a news conference with German Chancellor Angela Merkel. Obama said he would ask Attorney General Eric Holder to review the execution.

Lockett died of a heart attack more than 40 minutes after the execution began and 10 minutes after officials decided to halt the process, according to a timeline released by Robert Patton, head of corrections for Oklahoma. Earlier in the day, he was stunned with a Taser when he refused to be restrained for a trip to the medical unit for an X-ray.

Obama acknowledged that Lockett, who was sentenced to death for killing Stephanie Neiman, 19, of Perry, Okla., had committed "heinous crimes, terrible crimes." Neiman was raped, shot and buried alive in 1999.

“I’ve said in the past that there are certain circumstances in which a crime is so terrible that the application of the death penalty may be appropriate -- mass killings, the killings of children,” the president said.

But the president said there are also a number of questions about the way the penalty is applied in the United States, including wrongful convictions and racial bias. The federal government and 32 states still use the penalty, although a few states, including Oklahoma and neighboring Texas, are responsible for most of the executions.

“This situation in Oklahoma I think just highlights some of the significant problems there,” Obama said.

Oklahoma used an untested three-drug protocol for Lockett's execution. The drugs were administered through a vein in his groin because good veins could not be found elsewhere.

The execution was delayed by legal challenges to Oklahoma's secrecy law, which protects the suppliers of drugs. Corrections officials in the United States have been scrambling to find drugs as pharmaceutical companies bar their products from being used. 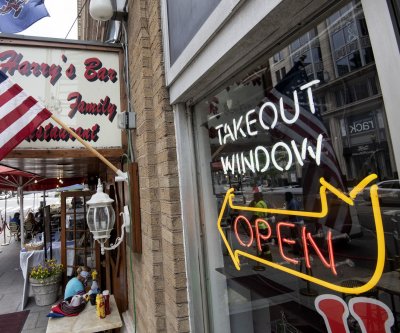