Pedestrians have no choice but to walk in the streets as the heavy snow falls in St. Louis on January 5, 2014. The St. Louis area has been hit with 10.6 inches of snow in six hours and bitter cold up to minus 40 degrees will last for the next few days. UPI/Bill Greenblatt | License Photo

CHICAGO, Jan. 6 (UPI) -- Thirty-four states were under wind chill alerts Monday as a record-breaking blast of arctic air swooped down on the United States.

A record-setting minus 16 degrees was recorded in Chicago while in Minnesota morning temperatures were in the minus 20s.

Thousands of flights across the country were delayed or canceled, FlightAware.com reported. At midmorning, there were 2,471 delays and 3,282 cancellations.

Northern Indiana was virtually closed to travel with stretches of Interstates 94 and 65 closed in both directions, the Chicago Tribune reported. Indiana state police said driving was hazardous on almost every major road.

Thousands of customers in the Indianapolis area were without power Monday, AccuWeather.com reported, in bitter cold temperatures that will stay below zero until Tuesday.

Multiple school systems throughout the United States were closed, as were many public and private colleges, houses of worship, zoos and some businesses, including ski resorts.

In Duluth, Minn., the city said snow-removal operations planned for Tuesday in the city's downtown were postponed because of the cold weather, the Duluth News Tribune reported.

The city said the conditions would expose city crews to dangerous temperatures and wind chills. At midmorning, the temperature was minus-20.

The National Weather Service in Minneapolis said in its wind chill advisory Monday the "historic and life-threatening cold outbreak" would remain in Minnesota and Wisconsin through Tuesday.

"The coldest air mass since 1996 will continue to bring dangerous wind chills into Tuesday," the NWS advisory said, noting that exposed flesh will freeze in 10 minutes with wind chills of 35 below zero.

During the past week, at least 13 people have died of weather-related causes -- 11 in highway accidents, one from hypothermia and one, a woman with Alzheimer's disease, who wandered away from her home and was found dead in a wooded area about 100 yards away, CNN reported.

In Chanhassen, Minn., three restaurants closed Sunday because of a water main break that was repaired several hours later, the Star Tribune in Minneapolis reported.

Four-hundred to 500 residents of an apartment complex in Rogers, northwest of Minneapolis, fled their apartments into the below-zero outdoors after a propane heater pressed into service exploded, police said. The cause of the explosion wasn't known and the state Fire Marshal's Office and the Office of Pipeline Safety were investigating.

After the initial blast, fireballs lit the sky intermittently for 35 to 40 minutes until authorities found and closed the fuel valve, the Star Tribune said.

In Maine, freezing rain is causing hazardous driving conditions in some areas and speeds have been reduced to 45 mph.

The icebox conditions in the Midwest will work their way east Tuesday, CNN said. New York, which was forecast to reach 50 degrees Monday, could tumble to as low as minus 7 Tuesday.

The bus driver pulled off the highway to get out of the way of traffic until visibility improved, but when the driver tried to get back on the road, the bus had no traction and was stuck, CNN reported.

He said the bus had plenty of fuel, heat and food, and the team was waiting for a tow truck.

Players later tweeted they would be spending the night in a church in Tuscola, Ill.

"Somehow this eventful day/night has led to our team sleeping on the floor of a church in Tuscola. What a journey it has been," Dawson Verhines tweeted. 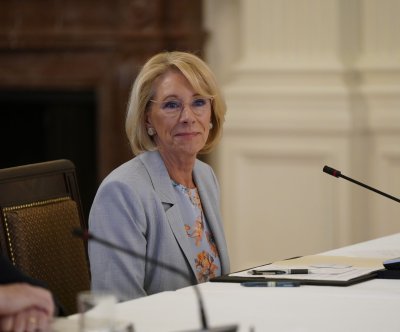 U.S. News // 12 hours ago
Betsy DeVos: Schools need to prioritize plans to have children in classrooms this fall
July 12 (UPI) -- Education Secretary Betsy DeVos urged that "kids need to be back in school" on Sunday calling on education leaders to plan for in-person learning throughout the school year. 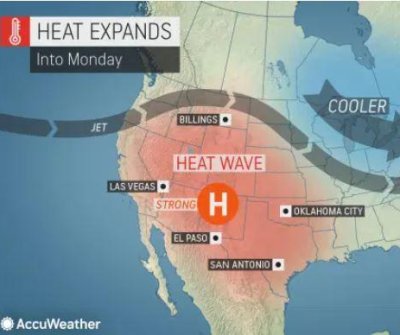 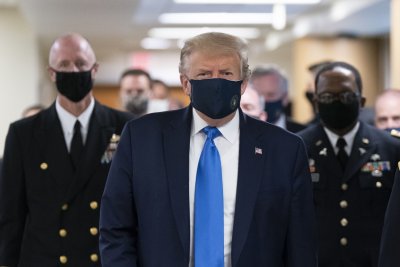 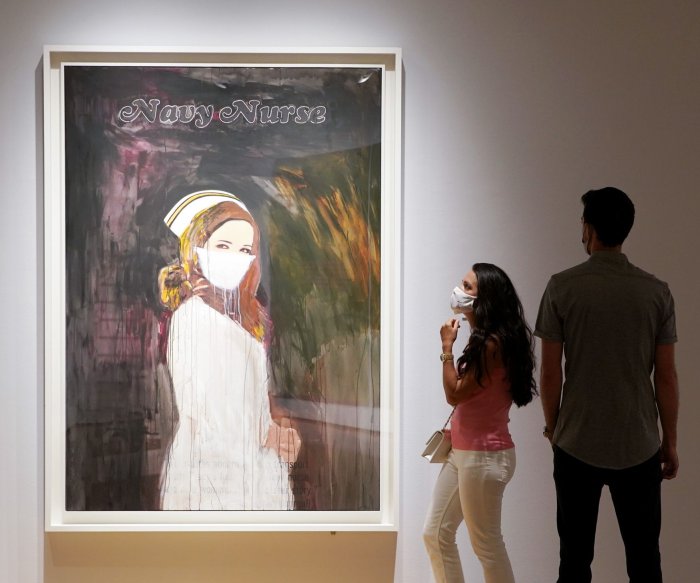