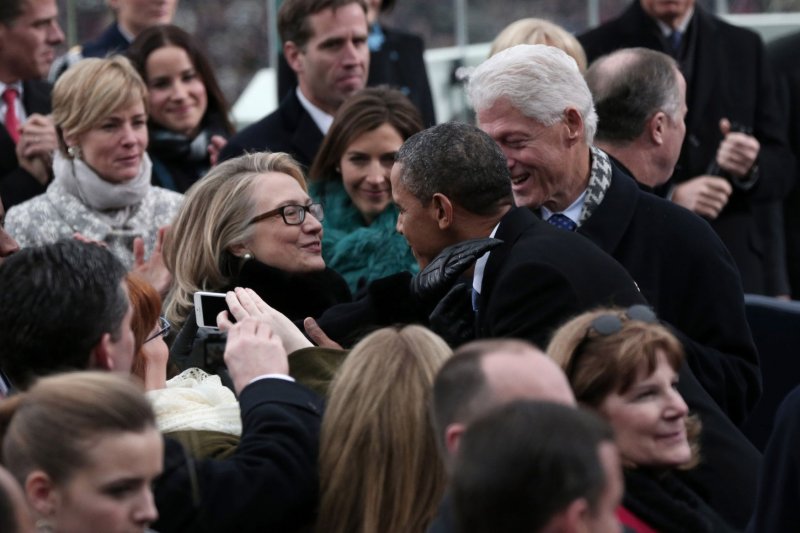 U.S. President Barack Obama greets Secretary of State Hillary Clinton and former president Bill Clinton during the presidential inauguration on the West Front of the U.S. Capitol January 21, 2013 in Washington, DC. Barack Obama was re-elected for a second term as President of the United States. UPI/Win McNamee/POOL | License Photo

"As you know, over the course of the last four years ... Secretary Clinton and the president have developed not just a strong working relationship, but also a genuine friendship," White House spokesman Josh Earnest said during a media briefing. "And so it's largely friendship that's on the agenda for the lunch today."

Earnest said it wouldn't be a working lunch, but rather "an opportunity for the two who saw each other on a pretty frequent basis over the course of the last four years to get a chance to catch up."

Speculation about Clinton making a 2016 run to be the Democratic presidential nominee has been running high ever since she stepped down as the country's top diplomat in February, even though she has said she isn't interested and has been mum on the matter.

The lunch was announced Sunday by the White House press office.