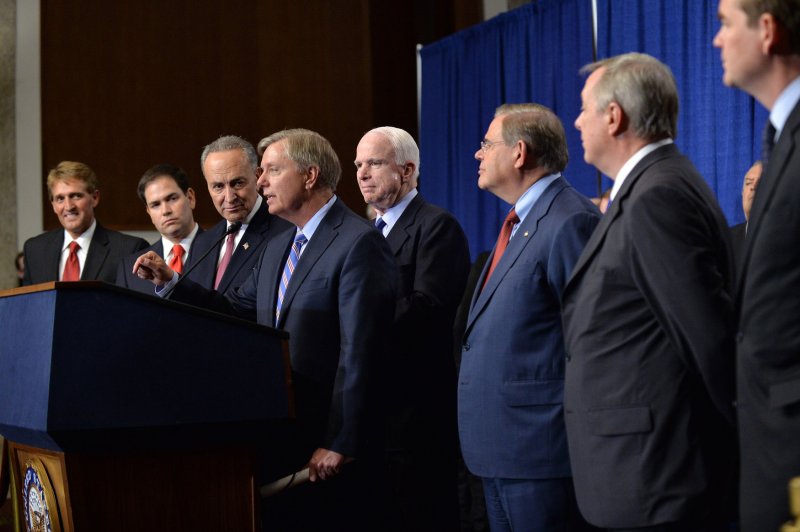 Is it time for a political party that appeals to the centrist political point of view?

If the time is ripe, can such a party succeed?

Wheelan founded the Centrist Party -- a third party meant to appeal to the political center rather than the extremes.

There's not a clear demarcation, he said, but there are trends "that would argue for a new party in middle," particularly among young voters, who are disenchanted with the two major parties.

"There are serious problems that need centrist problem-solving," he said.

One person who thinks the time is right for a third party is Ken Block, who went through a legal challenge and lots of hoops to make his Moderate Party a fixture on the Rhode Island ballot.

"It's beyond time," said Block, who is making his second run for governor. "What we know from the polls is that the electorate in general hates way Congress operates. Partisanship is not appreciated by the majority of people."

But while people "clearly" don't like politics as usual, "it's incredibly difficult to fix because there's a lot of legal infrastructure set up to keep the two parties prominent," Block said.

Enter the Centrist Party (www.thecentristmovement.org), which Wheelan says would initially work to win enough Senate seats so it can hold a balance of power and use that leverage to advocate a "pragmatic, problem-solving" agenda.

Wheelan has written "The Centrist Manifesto," which spells out the need for a new party, its agenda and a vision of its implementation.

Wheelan argues Centrist Party candidates could win Senate seats with a plurality or in an instant runoff -- then, if the Senate is closely divided, a small bloc of Centrists could hold sway.

"This is the best approach I can envision," he said.

Neither party is particularly functional or coherent, he said, so there must be a better alternative.

"It's an audacious task," he said to think of trying to change from within the parties to draw them more to the center since they're mired in an "institutional status quo."

"But it's not crazy to think you could become [Supreme Court Justice] Anthony Kennedy of the Senate," Wheelan said of the swing-vote jurist on the U.S. Supreme Court.

"There's lots of groups ... doing something complementary," he said.

He has a three-prong approach: Create, build and grow a "big C" Centrist Party and draft candidates; act as an umbrella group for "small c" centrists and seek out institutional and electoral reforms that are likely to produce moderate candidates.

In fact, he said, the idea of having a centrist summit is being kicked around.

But even if six Centrist senators are elected, "you can't guarantee anything will happen in the House," he said.

"My hope is, if the Senate passes legislation around important issues -- a 'gang of eight' kind of thing -- to get them passed in the Senate, then we can turn up the heat on the House to do something," Wheelan said.

"Pressure -- that's the best we can hope for in the short run," he said.

He admits the fractured House will be a "really tough nut to crack" because there is "a whole lot of self-sorting going on."

As far as the presidency, Wheelan envisions a pragmatic leader in the future, rather than one that appeals to a party's more non-central elements.

"Taking the best part of each party tends to resonate," he said.

Still, it's all philosophy right now.

"It becomes more tangible when you have a candidate," Wheelan said. "You can talk about the message ... and be focused on the general election" as Democrats and Republicans duke it out during party primaries.

"You can see whole thing play out," he said. "Having a candidate in the race is a prerequisite for making [the Centrist Party] tangible."

Candidate recruitment will be a key part of the party's success, said Christie Findlay, the party's executive director.

The party prefers a candidate who has achieved success outside of government "and wants to turn that sense of success to do something on behalf of country."

That type of profile is well suited for the Centrist Party, she said, explaining the candidate would be interested in getting stuff done instead of "following the political winds that may not mean anything on behalf of the country."

She said the Centrist Party has had a steady stream of small and mid-sized online donations, and has a presence online.

"It's taking an incredible hold, in terms of imagining what the party could be," she said.

Besides fundraising, Block said, the Centrist Party has to comply with 50 sets of state election laws not only to get on the ballot but also to stay on the ballot.

Block said from what he's seen, the Centrist Party is off to a good start because it has a platform and a tangible perspective of where it wants to be.

But, "the devil's in the details," he added, explaining that the party's going to need people and money to implement that vision and navigate the legal and logistical red tape to get on state ballots.

Block also said he likes the idea of the Centrist Party being an umbrella operation.

"I've been living it, since 2008 I'm committed to it," he said "It's exceedingly important for us nationally to pull back from politics of partisanship and move to a strategy of getting a bloc of centrists elected to Congress."

"This can work if people think it can work," Wheelan said. "The bad news is if people believe they're mired in helplessness against the status quo."

"The best government comes from the middle," Block said, "not from the political fringes."

U.S. News // 13 hours ago
Exceptional western U.S. heat wave to bring days of dangerously high temperatures
The magnitude of the heat expected across the western United States through the coming week will be one for the record books, according to forecasters.