WASHINGTON, April 29 (UPI) -- Former U.S. President Bill Clinton said the "sickness" that caused the Holocaust is still at work in the world today.

Speaking at the 20th anniversary of the opening of the U.S. Holocaust Museum in Washington, D.C., CBS News reported Clinton, speaking to a crowd of about 5,000, said the hatred that fueled the Nazi effort to exterminate Jews and other groups is still happening today, albeit in different forms.

"I ask you to think about how the historic suffering and slaughter of the Holocaust reflects a human disease that takes different forms -- the idea that our differences are more important than our common humanity," Clinton said. "The sickness that the Nazis gave to Germany ... is very alive all across the world. ... It is still the major cause of heartbreak around the world, as we saw in Boston at the marathon, and it is still the biggest threat to our children and grandchildren reaping the full promise of an interdependent world."

Clinton called the museum "our conscience" and, with about 775 Holocaust survivors in attendance, told curators those present to "make sure that if the ... memories fade away, that the records the pictures and the stories never die."

U.S. News // 14 hours ago
Texas executes Billy Wardlow for 1993 murder
July 8 (UPI) -- Barring intervention from the U.S. Supreme Court or the governor of Texas, the state is scheduled Wednesday to execute a death row inmate who killed an elderly man nearly 30 years ago.

U.S. News // 2 hours ago
Harvard, MIT sue to block ICE from removing student visas for online instruction
July 8 (UPI) -- Harvard and MIT on Wednesday filed a lawsuit seeking to block a Trump administration policy that would strip international students of visas if the university they attend moves to online-only instruction. 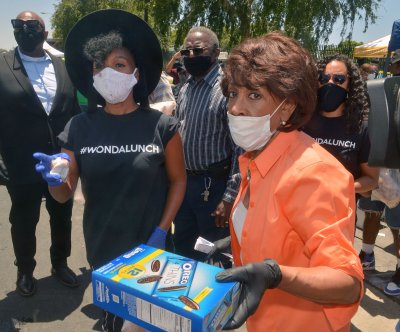 U.S. News // 4 hours ago
United Airlines warns 36,000 employees of potential layoffs
July 8 (UPI) -- United Airlines warned its employees Wednesday that it could lay off up to 36,000 front-line workers in October if the travel industry doesn't pick up after a lull caused by the coronavirus pandemic. 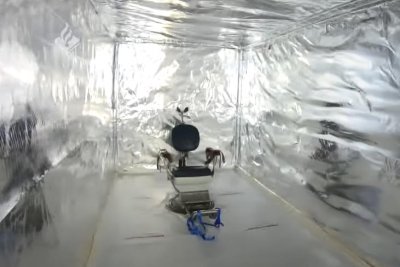