WASHINGTON, Oct. 17 (UPI) -- A Republican activist predicted Sunday that President Barack Obama "get the message'' if his party loses Congress.

Liz Cheney said on CBS's "Face the Nation," "I think that once he doesn't have control any longer of both houses of Congress, if he wants to get things done, I think he's going to have to move more to the center, which certainly will help the situation. I also suspect, because he is a very good politician, that he will get the message."

"What we've seen is a president who has taken much more radical positions than the people voted for in 2008," said Cheney, daughter of former vice president Dick Cheney.

In another post-election prediction, Bill Galston, who worked in the Clinton White House, said, "I think there's going to be an early confrontation, particularly if there's a fired-up new majority in the House of Representatives with perhaps 80 new representatives beholden in some ways to the Tea Party people. But ... I can tell you that the confrontation comes to an end when one side or another hits a wall." 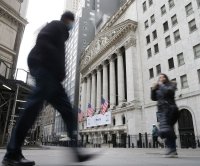 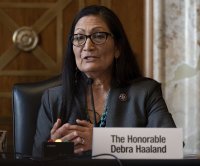