WASHINGTON, Feb. 18 (UPI) -- Former CIA Director George Tenet has taken a job at a New York investment bank with a reputation for secrecy.

In keeping with the tradition of what Fortune Magazine once called a "very private family firm," Allen and Co. did not issue a news release last October when Tenet became a managing director there.

News leaked out after his appointment was mentioned in a release from another company announcing his replacement on its board.

The privatized British military research establishment now called QinetiQ announced the appointment of retired Adm. Edmund Giambastiani as an independent non-executive director to the board earlier this month.

The appointment was first reported by the French publication Intelligence Online.

A former U.S. intelligence official close to Tenet confirmed to United Press International that he had started work at the bank in October last year, and said he stepped down from at least one other board as a result.

According to Fortune Magazine, the bank organizes a retreat in Sun Valley, Idaho, every July that "may be the biggest annual event on the corporate calendar" but otherwise maintains a low profile.

Hoover's company information service says the company is "viewed as something of a secret society" and "serves variously as investor, underwriter, and broker to some of the biggest names in entertainment, technology, and information." 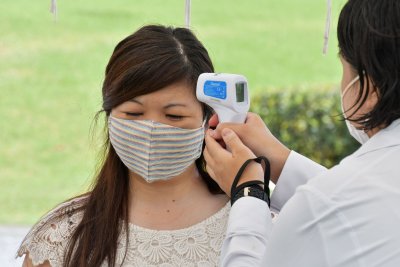