On Aug. 4, 2020, two explosions rocked the Lebanese capital of Beirut, shattering windows for miles across the city. The blasts killed more than 200 people and injured thousands.

Former Alabama Gov. George Wallace goes through physical rehabilitation after an assassination attempt, May 15, 1972. On August 4, 1972, Arthur Bremer was found guilty of severely injuring Wallace, who was campaigning for president. Bremer was sentenced to 63 years in prison. UPI File Photo | License Photo

Aug. 4 (UPI) -- In 1735, the standard of truth as a defense against a claim of libel was established in the American colonies when John Peter Zenger, publisher of a New York City newspaper, was acquitted of libel charges.

In 2020, two explosions rocked the Lebanese capital of Beirut, shattering windows for miles across the city. The blasts killed more than 200 people and injured thousands.

World News // 44 minutes ago
Heaviest rainfall in more than a decade floods major city in India
Sept. 22 (UPI) -- Streets and homes were inundated with floodwaters and transportation ground to a halt on Monday when the Indian city of Kolkata received more than 50% of its normal rainfall for the entire month. 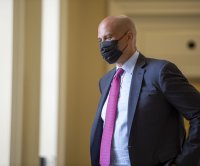 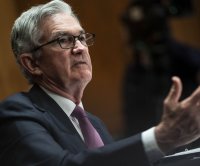