On Jan. 27, 1945, the Soviet army liberated the Auschwitz network of concentration camps in Poland, freeing some 7,000 survivors. 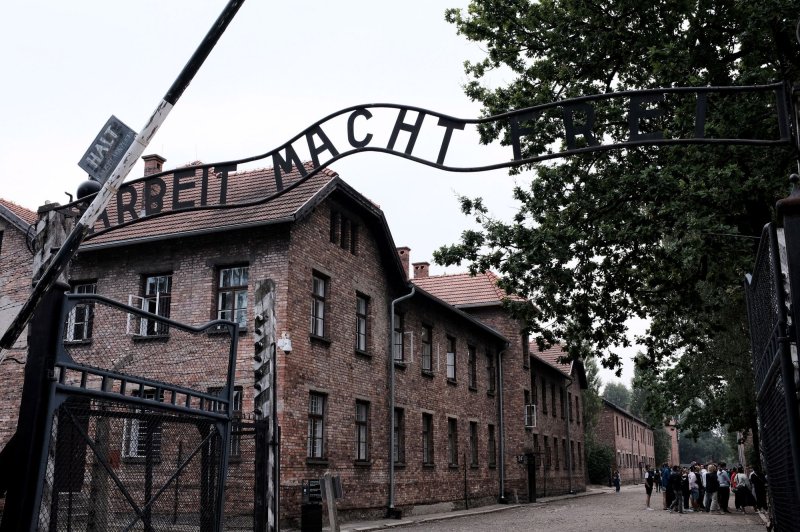 The gate reading in German "Arbeit Macht Frei" meaning, "Work Makes You Free" is seen near the entrance to the former German Nazi Concentration Camp Auschwitz I in Oswiecim, Poland. On January 27, 1945, the Soviet army liberated the Auschwitz network of concentration camps in Poland, freeing some 7,000 survivors. File Photo by Debbie Hill/UPI | License Photo

Mourners leave flowers and notes outside the Kiss nightclub in Santa Maria, Brazil, on February 4, 2013. The club caught on fire January 27, 2013, killing more than 230 people. File Photo by Leandro/LV/Wikimedia

In 1606, the surviving conspirators in the "Gunpowder Treason" plot to blow up the English Parliament and the king of England on Nov. 5, 1605, were convicted. They were executed four days later.

In 1785, the first public university in the United States was founded as the University of Georgia.

In 1888, The National Geographic Society was founded in Washington.

In 1944, the Soviet army lifted the Siege of Leningrad, a more than 2-year occupation of the Russian city by Nazi forces in which more than 1 million civilians died or went missing.

In 1945, the Soviet army liberated the Auschwitz network of concentration camps in Poland, freeing some 7,000 survivors. Months later, four Jewish young women told United Press correspondent Edward W. Beattie Jr. how they used rouge to during their captivity to avoid being killed along with other prisoners who looked too ill to work.

In 1967, U.S. astronauts Virgil "Gus" Grissom, Ed White and Roger Chaffee died in a fire aboard the Apollo 1 spacecraft during a launch simulation at Florida's Kennedy Space Center.

In 1973, the United States and North Vietnam signed a cease-fire agreement following lengthy Paris talks between U.S. national security adviser Henry Kissinger and Vietnamese negotiator Le Duc Tho. The same day, the United States announced an end to the military draft. Although the U.S.combat mission officially ended in 1973, the Vietnam War would not be over until April of 1975.

In 1984, singer Michael Jackson sustained a burn on his scalp during the filming of a soft-drink commercial.

In 1991, U.S. planes bombed pipelines to Kuwaiti oil fields to cut off the flow of oil into the Persian Gulf.

In 1998, in his State of the Union address, U.S. President Bill Clinton hailed the fact that the federal government would have a balanced budget in 1999 -- the first in 30 years. 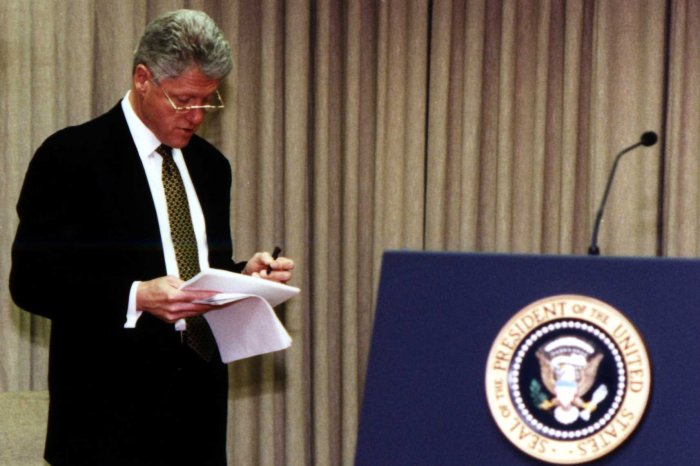 President Bill Clinton prepares January 27, 1998, for his State of the Union address at the White House. UPI File Photo

In 2002, a series of explosions at a military depot in Lagos, Nigeria, killed more than 1,000 people.

In 2011, the U.S. Department of Homeland Security announced it was replacing the nationwide color-coded, terror-alert scale with a system that would focus on specific terror threats to potential targets.

In 2013, fire at the overcrowded Kiss nightclub in Santa Maria, Brazil, killed more than 230 people, most of them victims of smoke inhalation. About 170 others were injured.

Top News // 1 hour ago
UPI Almanac for Monday, March 8, 2021
On March 8, 1914, International Women's Day was observed on March 8 for the first time and would go on to be marked on this day annually.

U.S. News // 10 hours ago
Arkansas aims to be the next to lift mask order
March 7 (UPI) -- Arkansas Gov. Asa Hutchinson said he aims to deliver his state an "off-ramp" to COVID-19 restrictions, by removing penalties last month and lifting the mask order by March 31 if it meets certain requirements.