On July 18, 1969, a car driven by Sen. Edward Kennedy, D-Mass., plunged from a bridge into a tidal pond at Chappaquiddick Island in Massachusetts, killing his passenger, Mary Jo Kopechne.

"The Spirit of Detroit" statue in downtown wears a giant Detroit Red Wings jersey on the eve of the Stanley Cup finals June 8, 1998. On July 18, 2013, Detroit became the largest U.S. city to file for bankruptcy. File Photo by Bill Pugliano/UPI

In 1925, Adolf Hitler's Mein Kampf was published. The book hit bookstores in Germany for the first time in 70 years in 2016 and became a best-seller. The new version included 3,500 annotations and 2,000 pages versus the original's 800.

In 1939, after a sneak preview of The Wizard of Oz, producers debated about removing "Over the Rainbow" because it seemed to slow things down. The song later contributed to the evolution of the rainbow flag as a gay icon.

In 1969, a car driven by Sen. Edward Kennedy, D-Mass., plunged from a bridge into a tidal pond at Chappaquiddick Island in Massachusetts, killing his passenger, Mary Jo Kopechne.

In 1976, Romanian gymnast Nadia Comaneci became the first person in Olympic Games history to be awarded the score of a perfect 10 in gymnastics.

In 1977, Vietnam was admitted to the United Nations.

In 1984, a gunman opened fire at a McDonald's restaurant in San Ysidro, Calif., killing 21 people.

In 1989, My Sister Sam actor Rebecca Schaeffer was shot to death in her Los Angeles apartment. Her death led to the passage of an anti-stalking law in California.

In 1994, a car bombing in Buenos Aires killed about 100 people in or near a building that housed Jewish organizations.

In 2007, Michael Vick, quarterback for the Atlanta Falcons of the National Football League, was indicted on federal charges related to an illegal dogfighting operation. He was subsequently sentenced to 23 months in prison.

In 2013, Detroit became the largest U.S. city to file for bankruptcy.

In 2019, an arson attack on Kyoto Animation studio in Japan killed 33 people.

A thought for the day: "The most important thing we can do is inspire young minds and to advance the kind of science, math and technology education that will help youngsters take us to the next phase of space travel." -- American astronaut John Glenn

U.S. News // 11 minutes ago
Census Bureau to end counting a month early
Aug. 4 (UPI) -- The U.S. Census Bureau announced it will end all data collection efforts on Sept. 30, a month earlier than planned. 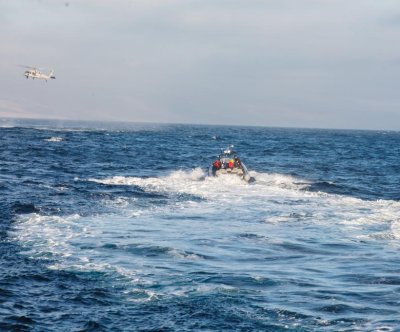 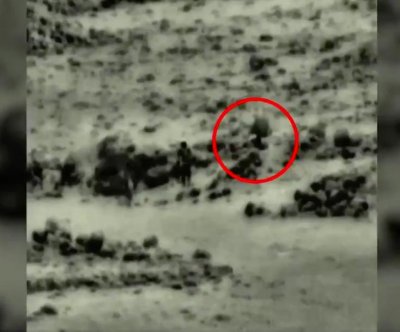 World News // 7 hours ago
Israel conducts airstrikes in Syria after thwarting explosive attack near Golan Heights
Aug. 3 (UPI) -- Israeli Defense Forces said they conducted a series of airstrikes against multiple targets in Syria on Monday after thwarting a potential IED attack by four men the night before.