JEFFERSON CITY, Mo., Jan. 8 (UPI) -- Sen. Kit Bond, R-Mo., said Thursday that he will not seek a fifth term in 2010, becoming the fourth Republican senator to plan retirement then.

Bond made the announcement to the Missouri General Assembly, Politico reported.

"In 1972, I became Missouri's youngest governor," Bond said. "Good friends, I have no aspiration of becoming Missouri's oldest senator."

Republican Sens. Mel Martinez of Florida, Sam Brownback of Kansas and Kay Bailey Hutchinson of Texas have all said they will not run again in 2010. The retirements give the Democrats a chance of picking up more seats, especially in the swing states of Missouri and Florida.

A graduate of the University of Virginia law school, Bond, 69, practiced law in Washington before returning to Missouri to enter politics. After losing a close race for Congress, he served as state auditor before becoming governor at the age of 33.

Top News // 41 minutes ago
UPI Almanac for Tuesday, Jan. 28, 2020
On Jan. 28, 1980, six Americans hidden for three months in the Canadian Embassy in Tehran were smuggled out of Iran by Canadian diplomats.

U.S. News // 41 minutes ago
Pork industry joins battle to stop plant-based products from being called 'meat'
EVANSVILLE, Ind., Jan. 28 (UPI) -- The unveiling of Impossible Foods' "Impossible Pork" has drawn American pork producers into a years-long battle waged by the beef industry to stop plant-based companies from calling their foods some sort of meat. 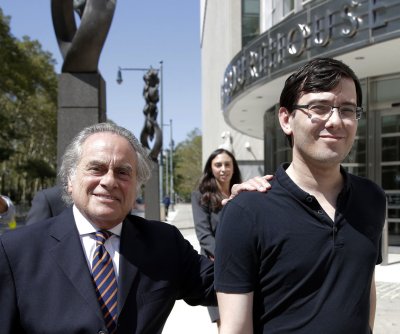