SAN FRANCISCO, Aug. 20 (UPI) -- U.S. Sen. Dianne Feinstein, D-Calif., says she will not attend the upcoming Democratic National Convention in Denver due to a hiking injury.

The 75-year-old California politician said she broke her ankle while hiking near Lake Tahoe last week and now the injury will prevent her from attending next week's convention, the San Francisco Chronicle said Wednesday.

The senator said her decision to skip her party's convention was based on doctor's orders and offered her "best wishes" to those able to attend the political event.

"I was very much looking forward to chairing the California Delegation, and I offer my best wishes to California's delegates in this vital nomination process," Feinstein said.

CNN said Feinstein had been hiking around Lake Tahoe with U.S. Rep. Ellen Tauscher, D-Calif., when the injury occurred.

The news network said under current party regulations, Feinstein will still be allowed to cast her delegate vote during the convention via telephone or through another form of electronic communication. 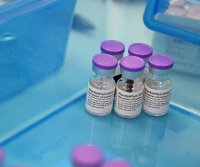 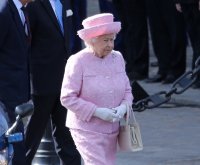 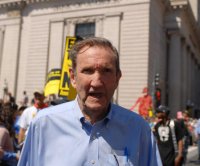