Thune, who will be a minority member of the Senate Armed Services Committee in the next Congress, told MSNBC that the alternative to winning in Iraq is chaos.

"But I think the key to winning -- in my view at least -- is stability; it's security," he said. "It's making sure that Iraq can't be a staging ground for terrorist attacks against its neighbors in the region or, worse yet, against the United States. I think that is the minimum requirement. We have to achieve security and stability there, or at least a level of stability that doesn't lead to further chaos, violence and ultimately future terrorist attacks against the United States."

Thune believes that, while President George Bush is more open to new strategies in Iraq, the administration and most members of Congress will allow military commanders to make the final decision on when to reduce U.S. military forces there. 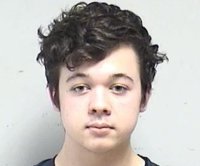 U.S. News // 5 hours ago
Judge says men shot by Kyle Rittenhouse can't be called 'victims' at trial
Oct. 26 (UPI) -- A judge on Tuesday said attorneys in the murder trial of Kyle Rittenhouse can refer to the three men the teen shot as "rioters," "looters" and "arsonists" but not "victims."