Commentary: In US, politics are personal

WASHINGTON, Oct. 5 (UPI) -- Corruption in politics is nothing new. Neither is personalization. Back in the mid-'70s, a group of political satirists imagined a damage-control meeting inside Nixon re-election headquarters. The Democrats -- true story -- had printed up a poster of Nixon that said, "Would you buy a used car from this man?"

As the satirists played it, the Nixon "dirty tricks" team had a plan to minimize the damage. They would produce a "receipt" showing that South Dakota Sen. George McGovern, the Democrats' presidential nominee, had "bought a used car from that man!"

The decision of Sen. Robert Torricelli, D-N.J., to quit his re-election campaign is cut from the same bolt of cloth. As the satirists alluded to in the aforementioned vignette, Nixon's personal qualities were more important than the job he was doing as president.

So it also was for Torricelli, whose campaign was sent reeling over questions about his personal integrity, not his voting record as a senator.

As conservative columnist Ann Coulter says in her best-selling book "Scandal," Republicans are typically presented as venal, stupid or some combination of both. Now, thanks to eight years of Bill Clinton, Democrats are often shown in the same light.

Some may say this is fair or call it balance. It's not; it's a symptom of the collapse the American political system, driven by personality politics.

The president enjoys strong support among the American people, both personally and for the job he is doing. At the same time the generic ballot lead seesaws between the Democrats and the Republicans -- according to the vagaries of the news cycle.

Politicians who do not represent the general sentiment of their electorate lack credible challengers, while those who fit perfectly are in danger of defeat.

Much of this can be attributed to the way campaign 2002 has been run.

Neither party has been able to explain why the voters should entrust them with the levers of power. They are too busy explaining why the other party shouldn't be trusted with them. In an effort to establish meaningful contrast between the two parties generally or between two candidates specifically, the political has been supplanted by the personal.

The idea that candidates who stand for something do better than those who stand against most things is of little import to the way campaigns are now run.

Former House Speaker Newt Gingrich, who did much to redefine the way Republicans run for office, observes that the world is not definable in the current environment.

Events do not break down in a black vs. white, left vs. right, east vs. west construct as they once might have. A great confusion reigns over the body politic, which has been largely inattentive to what has been going on in Washington outside of the national security arena.

"All politics are personal," Gingrich explains, in way that expands on former House Speaker Tip O'Neill's famous maxim, "All politics is local."

The 2002 campaign supports that view.

If the primary turnout numbers are any indication, the American people are showing little interest in who will govern the country over the next two years.

This is good for George W. Bush and the Republicans as it can be interpreted as a ratification of his election and the job he is doing.

It is also a problem for them because the Democrats do better at getting their voters to the polls on Election Day. If the status quo is generally acceptable it means the turnout will be highest among ideological fringe voters in each party and from those who are, in one way or another, paid to go vote.

A truism that receives all too little attention is that most Americans do not pay attention to politics -- especially those in the middle. This year, both parties have failed to give the vital center, as former Clinton adviser Dick Morris calls it, a reason to turn out in the fall.

Most polling data says blame for the soft economy is diffused across the system in spite of the best efforts of Senate Majority Leader, Tom Daschle, D-S.D., and other leaders in his party to place it at the feet of the Republicans.

The central themes of their campaigns are targeted to specific voter blocks.

Medicare reform and prescription drug benefits are as much about moving the elderly to vote for the Democrats, which they are likely to do anyway, as they are about good public policy.

The energy bill, specifically the ANWR provision, is about appeasing the green environmental groups that are an important part of the Democrats' strategy for winning campaigns.

Ron Kirk, the Democratic nominee for U.S. Senate in Texas, has injected race into the debate over the possibility of war in Iraq. This may be a cunning turnout tactic.

Kirk made a widely publicized suggestion that, were he in the senate, he would proffer a resolution stating: "The next time we go to war, the first 500,000 kids have to come from families who earn a million dollars or more."

He later backed off the statement, but it may have done what it was supposed to. If it inflamed the passions of black and Hispanic voters whose sons and daughters make up a large part of America's volunteer army and established his solidarity with their interests, then he can count on their votes.

By contrast the Republicans are not appealing to specific blocks; they are, in fact, targeting their efforts at no one.

Other than the new federal Department of Homeland Security and the prospect of war with Saddam Hussein, the GOP is offering their core constituency few reasons to come out on their behalf.

Both parties are instead spending time and money on improving their turn-out mechanisms. This effort misses a core truth about America: too many people vote only when they find it is in their best interests to do so; when they believe they can, in fact, change things for the better by participating.

To put it another way, mechanisms without message are meaningless.

The New Jersey senate race was all about who Robert Torricelli was -- as he himself admitted when he withdrew.

Ron Kirk, as Fred Barnes writes in the current Weekly Standard, "is not running on what he believes but on who he is, a black who transcends race."

If electoral patterns are any indication, Sen. Max Cleland, D-Ga., is a sure bet for re-election if the race turns on his life story -- war hero confined to a wheelchair -- rather than his voting record.

The same can be said for many of the GOP candidates. Several of them will win election or re-election only because their name is on the Republican line.

It is the job of candidates to persuade voters to choose based on what they want to do for the community. Life experience is certainly an important part of the total package but it is their policy proposals -- lower taxes, better education, a safer world -- that should drive voters to the polls.

The idea that they can be turned out through political brute force can only perpetuate the confusion and ideological drift that has repeatedly paralyzed the system over the past 30 years.

The system would improve dramatically if candidates would craft messages that are meaningful to voters on a personal level and in a positive way. The debate over Iraq may be a good place to start.

The Republicans have done a fair job of laying out the case for why military action might be necessary, but there is room for improvement.

The Democrats would do better to explain their positions instead of practicing the politics of delay. If they are opposed to war then they should say so -- as former Vice President Al Gore did quite clearly in San Francisco last week.

What is needed now, from both sides, is clarity. It might actually give people a reason to go vote in November. 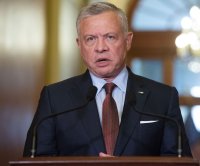 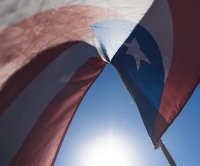 U.S. News // 6 hours ago
May in the Mile High City: Heavy snowfall forecast for Denver area
May 19 (UPI) -- Winter storm watches and warnings were in effect Thursday across a large section of Colorado and northward into Wyoming.
Advertisement