WASHINGTON, Sept. 28 (UPI) -- The Sept. 11 terrorist attacks on New York's World Trade Center and the Pentagon have altered the American political landscape. The country is remarkably united against the new and continuing threat of additional terror attacks.

The unity is not complete. The American cultural elite, based largely in New York, Los Angeles, and on college campuses, has an affinity for political radicals, especially those on the left. Many of these radicals have, in times of crisis, worked aggressively to blur the lines between good and evil and right and wrong.

On the day the attack came, the New York Times had a feature that virtually extolled the life of Bill Ayers, former leader of the radical Weatherman, a group of that spent part of the '60s and '70s blowing up things.

Beginning on page B1, the piece, entitled "No Regrets for a Love of Explosives: In a Memoir of Sorts, a War Protester Talks of Life With the Weathermen," was a nearly laudatory account of Ayers' life as a radical terrorist.

It began "'I don't regret setting bombs,' Bill Ayers said. 'I feel we didn't do enough.'"

Ayers' radical history is recounted in an unreproachful tone. His summation of the Weatherman philosophy ("Kill all the rich people. Break up their cars and apartments. Bring the revolution home.") is caveated by an explanation that he doesn't remember saying it.

Ayers is now a distinguished professor of education at the University of Illinois, married to Bernadine Dohrn, a fellow radical from the era who now runs a legal clinic at Northwestern University.

The Times describes them as "typical baby boomers, caring for aging parents, suffering the empty nest syndrome." They are, the Times would have it be believed, just like many in Middle America.

Except most empty-nester baby boomers were never involved in bombing New York City police headquarters, the U.S. Capitol, and the Pentagon as Ayers was.

Author and social critic Tom Wolfe best described this romance that cultural elites have with the left as "Radical Chic," a love affair between political extremists and the cultural trendsetters who romanticize them, believing them noble warriors fighting a just fight.

It may well be that the love affair with certain "chic" radical political movements deadened the country to the reality that some of these groups are dangerous and capable of extreme violence.

Opinion-shapers may have failed to notice there are people who oppose the American way of life so strongly they will resort to actions outside acceptable political discourse, which may encourage others to disregard real and obvious threats.

When Wolfe coined the phrase in the late 1960s, he was writing the courtship of radical, sometimes militant activists by social elites. In his piece of the same title, Wolfe describes a party thrown by famed composer Leonard Bernstein in his Park Avenue duplex where some of New York's wealthiest and most prominent people mixed with members of the Black Panther organization to discuss ways they could support the panther's efforts.

The Panthers were, of course, committed to the destruction of the very way of life the others at the party so enjoyed.

This was not new. Ho Chi Minh, Fidel Castro, Che Guevara, the Hollywood Ten, the communist brigades in the Spanish Civil War, and anarchist-murders Sacco and Vanzetti all attracted the support and allegiance of American cultural elitists, who labored long to blur the lines as to who they were and what they represented.

Anyone examining the student-led demonstrations against the IMF and World Bank or the anti-war protests popping up on college campuses since the Sept. 11 attack will see the pattern beginning to repeat.

Students are rising up because it is the "cool" thing to do. Trying to replicate the counter-culture of the '60s, they seek things against which to rebel in order to be validated as authentic radicals.

In the current state of general national solidarity, there are no social glitterati granting them acceptance. Instead, there is the media, which is much more powerful. The focus on the demonstrations are generously granting their imitation rebellion an audience, brining attention that may be far more generous than is warranted.

The radical experience can be very seductive. Left unchallenged, it and can change the course of the nation.

By the mid-1970s, a previous generation of political radicals achieved a level of respectability that allowed left wing radicalism to go mainstream. In the process, the American people were desensitized to the legitimate threat some radical movements posed to America. The consequences remain with us today.

"The very identity of being underground gave me a certain moral identity.... I kind of saw myself as Joan of Arc," the Weather Underground's Kathy Boudin told New York officials at her September 2001 parole hearing. Like others, she was seduced into the activity in part by the romance of it, saying she once saw herself as "Joan of Arc."

According to the hearing transcript, Boudin said it was self-doubt that led her into the terror movement and made her betray the values with which her parents raised her.

In 1981, Boudin left her toddler son with a baby sitter to join the getaway team for a group of radicals planning a robbery to raise funds for their expenses. A security guard and two police officers were killed in the robbery, roadblock, and ensuing shoot out. Boudin earned a 20-year-to-life sentence for her participation.

A grant of uncritical popular acceptance to every dissenting voice opposed to retaliation for Sept. 11, to every person who says America brought this on herself, to each attempt to take the focus off of the horrible events of that day, gives potential cover to those who wish the nation ill. Critical examination of motives and messages are necessary in this tension-filled time if cherished rights, not just of speech but of life and liberty, are to be protected from those who would, under the cover of legitimate dissent, destroy them all. 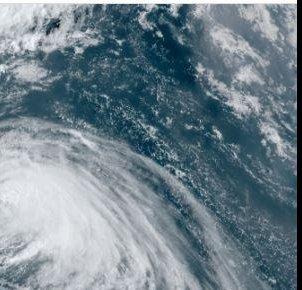 World News // 6 days ago
Hurricane Teddy to bear down on Canada after brushing Bermuda
Sept. 20 (UPI) -- Less than one week after feeling the full force of Hurricane Paulette, residents of Bermuda are preparing for a strike from powerful Hurricane Teddy. 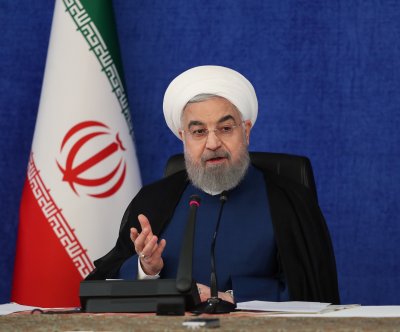 U.S. News // 17 hours ago
Oracle, Walmart team up for deal to purchase TikTok
Sept. 20 (UPI) -- The U.S. government has tentatively approved a deal for Oracle and Walmart to acquire a 20% stake in a new company, Global ByteDance, averting a ban on downloads of the Chinese-based TikTok in U.S.