Underdog FC Cincinnati advances in MLS Is Back Tournament 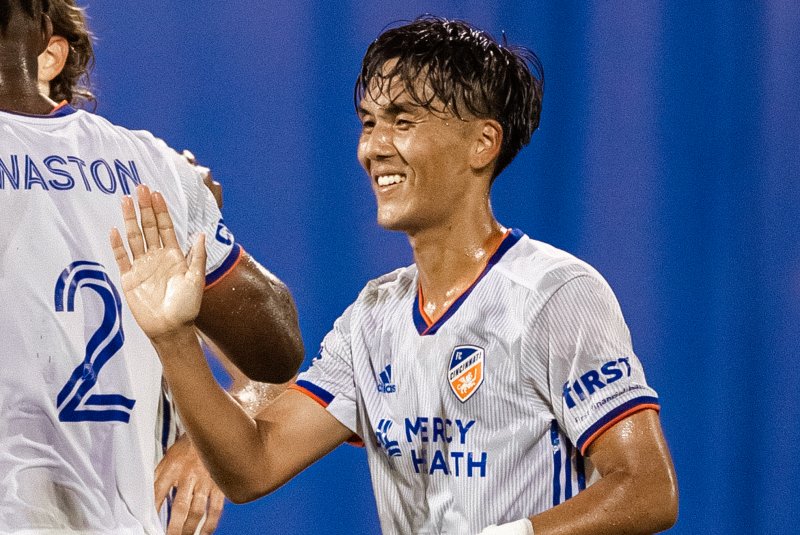 July 23 (UPI) -- FC Cincinnati -- the worst team in Major League Soccer last year -- has advanced into the knockout round of the MLS Is Back Tournament in Orlando, Fla.

The second-year MLS club stunned the New York Red Bulls 2-0 Wednesday at the ESPN Wide World of Sports complex to advance out of group play and into the round of 16.

"We are still in like a preseason in Week 4," FC Cincinnati coach Jaap Stam told reporters. "Getting this success against these very good opponents tells you something about this team and the mentality we have."

FC Cincinnati appeared outmatched to start the MLS Is Back Tournament after a 4-0 loss to the Columbus Crew. They rebounded with a 1-0 win against Atlanta United before another shutout Wednesday in Orlando. Columbus also advanced out of Group E and into the knockout stage. Five spots remain in the round of 16 after Wednesday's slate of games.

The knockout round begins Saturday.

FC Cincinnati and New York were scoreless through 42 minutes before the Red Bulls defense misplayed a clearance deep inside their own half. FC Cincinnati striker Yuya Kubo gained control of the loose ball while about 30 yards from the New York net.

He took a few touches toward the box before he ripped a shot into the lower right corner of the net in the 43rd minute.

Kubo's goal helped FC Cincinnati carry a narrow lead through the halftime whistle. Another miscue helped the underdogs double their lead in the 56th minute.

FC Cincinnati center midfielder Haris Medunjanin lined up for a corner kick to set up the second score. He bent the cross toward the near post. Red Bulls midfielder Florian Valot ran in and attempted to head the ball out of the area, but instead deflected it past goalie David Jensen and into his own net.

"We knew with one [more] point [in the standings] we could go through," Medunjanin said of FC Cincinnati's spot in the knockout stage. "Most of the time you lose when you play for one point, but we gave everything we had."

FC Cincinnati will play their knockout stage match against LAFC or the Portland Timbers at 10:30 p.m. EDT Tuesday in Orlando.