The United States Soccer Federation cited Megan Rapinoe (15) when it repealed its ban on players kneeling during the national anthem on Tuesday. Photo by Ian Langsdon/EPA-EFE

June 11 (UPI) -- United States Women's National Team soccer star Megan Rapinoe says her peaceful protests, including kneeling before games, have always been "worth it" as the United States Soccer Federation recently repealed a rule against the practice.

Rapinoe made the comments during an appearance Wednesday on The Late Show with Stephen Colbert. The federation on Tuesday voted to repeal a 2017 rule that required players to stand during the national anthem before games.

Rapinoe started to kneel as the anthem played before games in 2016. Like Colin Kaepernick, she cited policy brutality and racial inequality as her motivation. Kaepernick and Rapinoe, at the time, were not joined by many athletes during the protests and their respective leagues did not offer public support for their stances.

Many league commissioners and players have recently raised their voices as protests have swept the United States and Europe after the May 25 death of George Floyd. Floyd was killed while handcuffed and pinned to the ground by police in Minneapolis.

"Do it. It's always worth it to do it, whether people like it or not," Rapinoe said of her activism and protests. "Everybody likes it now. Everyone is like, 'wow good job.' Four years ago, they were like, 'bad job. Don't do that.'

"It's just always worth it. Use your voice in whatever way you can."

The federation's board of directors voted to repeal it's anthem policy while on a conference call Tuesday. The policy was put in place in 2017. Rapinoe honored the policy after her peaceful protests before games with the U.S. women's team and with the OL Reign of the National Women's Soccer League.

"The [federation's] board of directors voted [Tuesday] afternoon to repeal Policy 604-1, which required our players to stand during the national anthem," the federation said. "The policy was put in place after Megan Rapinoe kneeled in solidarity with the peaceful protest inspired by Colin Kaepernick, who was protesting police brutality and the systematic oppression of Black people and people of color in America.

"It has become clear that this policy was wrong and detracted from the important message of Black Lives Matter."

"It should be, and will be going forward, up to our players to determine how they can best use their platforms to fight all forms of racism, discrimination, and inequality," the federation said. "We are here for our players and are ready to support them in elevating their efforts to achieve social justice.

"We cannot change the past, but we can make a difference in the future. We are committed to this change effort, and we will be implementing supporting actions in the near future." 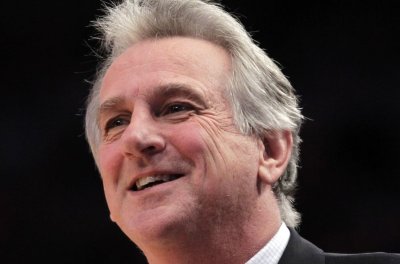