March 18 (UPI) -- John Clayton, one of the NFL's most prominent reporters who covered the league for decades, died Friday after a brief illness, his family said. He was 67.

"John Clayton passed away today at a Seattle-area hospital," ESPN's Chris Mortensen wrote on Twitter. "His wife Pat and sister Amy were at his side and communicated earlier he passed peacefully after a brief illness.

"We loved John. We are mourning his loss. Pat has asked the [Seattle Seahawks] to release further information."

Nicknamed "The Professor," Clayton spent 23 years covering the Pittsburgh Steelers, Seahawks and NFL as a beat reporter for The Pittsburgh Press and Tacoma News Tribune. In 1995, he was hired by ESPN as an NFL insider.

Most recently, Clayton was the host of The John Clayton Weekends show on Seattle Sports 710. He also spent five seasons as a sideline reporter for the Seattle Seahawks Radio Network.

"The Seahawks are heartbroken to learn of the passing of John Clayton after a battle with a brief illness at the age of 67," the team said in a statement.

In total, Clayton covered the NFL in some capacity for 50 years. In 2007, he received what is now known as the Bill Nunn Memorial Award, which the Pro Football Writers of America presents annually for long and distinguished reporting in the sport.

In addition to his NFL coverage, Clayton's "This is SportsCenter" commercials for ESPN received widespread acclaim -- including a spot where he appeared for a TV hit in a tie, tore the suit piece off, let down his long hair and turned up loud rock music while yelling to his mother, "Hey, mom! I'm done with my segment!"

John Clayton will be remembered in so many ways, from how he looked after his wife Pat, to the mark he made in reporting, to the standard he set. He dedicated his life to his wife and to football. He was a pioneer, a caretaker, a Hall of Famer and a slayer, in every sense. pic.twitter.com/34rFeSjiEW— Adam Schefter (@AdamSchefter) March 19, 2022

Clayton grew up in Braddock, Pa., and covered the Steelers while in high school. He then attended Duquesne University before the Pittsburgh Press hired him during his senior year.

Clayton later moved west to cover the Seahawks before he was hired by ESPN. 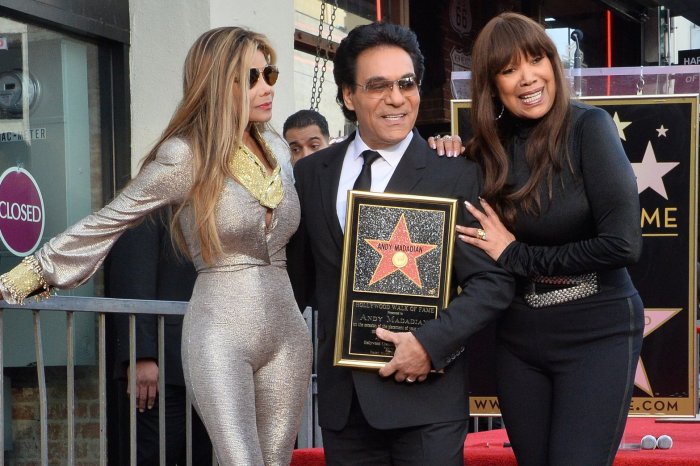 Anita Pointer
Anita Pointer of the Grammy-winning Pointer Sisters stands with Andy Madadian (C) and La Toya Jackson (L) as Madadian is honored with a star on the Hollywood Walk of Fame in 2020. Pointer, who performed alongside her sisters June and Ruth, died at the age of 74 on December 31 following a battle with cancer. Photo by Jim Ruymen/UPI | License Photo

NFL // 5 days ago
49ers 'content' with QBs Purdy, Lance; won't re-sign Garoppolo, coach says
Feb. 2 (UPI) -- The San Francisco 49ers are "content" with Brock Purdy and Trey Lance as the top quarterbacks on their roster and will not bring back Jimmy Garoppolo next season, coach Kyle Shanahan told reporters.