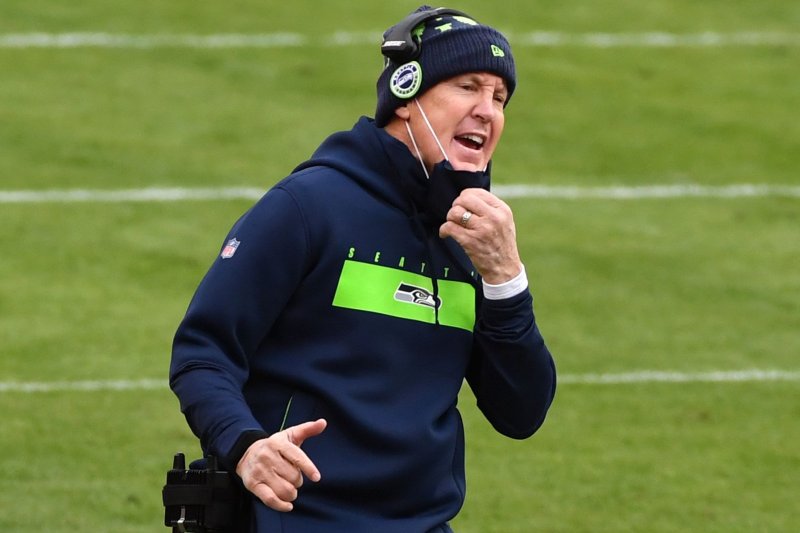 Seattle Seahawks head coach Pete Carroll voiced frustration with the team's struggles when he met with reporters after a loss to the Arizona Cardinals on Sunday in Seattle. File Photo by Kevin Dietsch/UPI | License Photo

Nov. 22 (UPI) -- Seattle Seahawks coach Pete Carroll cited his unfamiliarity with getting his "butt kicked" as a reason for an abrupt exit at his Week 11 postgame news conference.

The sequence followed the Seahawks' 23-13 loss to the Arizona Cardinals on Sunday at Lumen Field in Seattle. The defeat was the Seahawks' fifth setback in their last six games.

Carroll answered questions for about eight minutes, but then said, "I'm really done," left the podium and exited the room.

He returned later, wearing a different outfit, and apologized for his abrupt departure. He also elaborated on his level of frustration.

He compared the Seahawks' struggles to his tenure with the New York Jets. Carroll coached the Jets in 1994 and led the team to a 6-10 record.

"I'm just not any good at this," Carroll said of losing. "I'm not prepared for this. I'm struggling of doing a good job of coaching when you are getting your butt kicked week in and week out.

"It's new territory. I'm competing every way I can think of, but I'm just unfamiliar with it. If I leave early or make a mistake, I'm not on my best game.

"I'm not making any excuses, I don't want to get good at this."

Seahawks quarterback Russell Wilson completed 14 of 26 passes for 207 yards. He didn't throw a touchdown or an interception. The Cardinals held an edge in time of possession of nearly 20 minutes and a 29 to 16 advantage in first downs.

The Seahawks rank 25th in points scored per game. The defense ranks 7th in points allowed.

"We feel like every team we've lost to we've been able to play with," Wilson told reporters. "There is still belief in us, without a doubt, in what we can do. It's going to hard, but it's going to be possible. It's still possible.

"You have to have the right mindset and belief. There is no choice."

Carroll, 70, is in his 12th season with the team. The Seahawks posted a winning record in each of his last nine seasons. They went 12-4 last season, but lost to the Los Angeles Rams in the Wild Card round of the playoffs.

"We haven't been this behind with our record before, but we could still turn this thing [around] and win a bunch of games and be fine," Carroll said.

"We all feel like that's what is going to happen. ... But there are seven losses on this schedule right now. That's a lot of games."

The Seahawks face the Washington Football Team (4-6) on Monday at FedExField in Landover, Md. 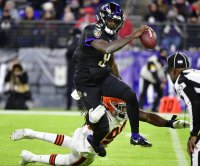 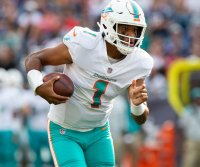