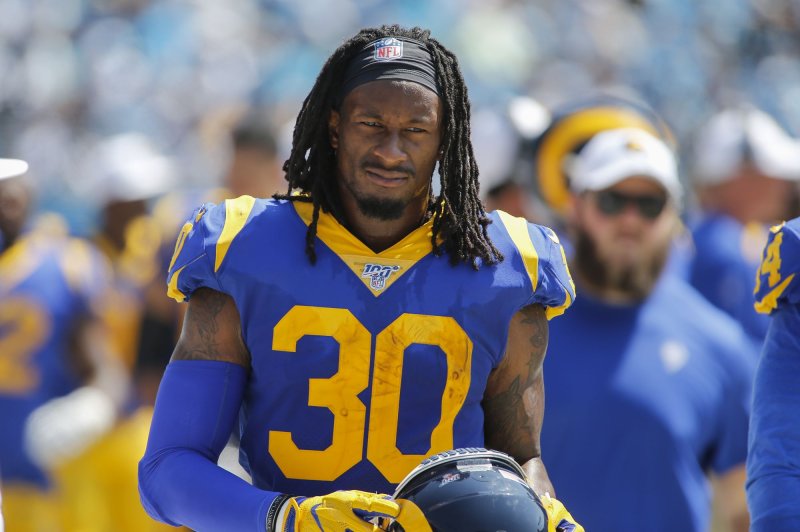 The Los Angeles Rams released Gurley, the 2017 NFL Offensive Player of the Year, last month to create additional salary-cap space. Before his release, the tailback faced numerous questions about the status of his knee.

The Rams' front office never confirmed reports about Gurley, 25, having arthritis in the left knee, which was surgically repaired in 2014.

"He really takes care of his body well, and he'll continue to work on it," Dimitroff said Tuesday, according to the Falcons' official website. "We'll continue to be very mindful about what we are dealing with. We feel very comfortable with it. ... He's a hard-charging runner, and he's an excellent football player.

"We have language in our contracts that are going to protect us and a player. If a player comes and has an issue that he might not pass a physical, then that's something we will address then. We're not looking at it that way [of Gurley possibly failing a physical]."

Gurley, who signed a four-year, $60 million extension with the Rams before the 2018 campaign, officially agreed to a one-year, $6 million deal with the Falcons on Monday. The agreement is still pending a physical, which has been temporarily prevented because of NFL rules related to the coronavirus pandemic.

RELATED Todd Gurley: Rams have to do 'little things' better to return to Super Bowl