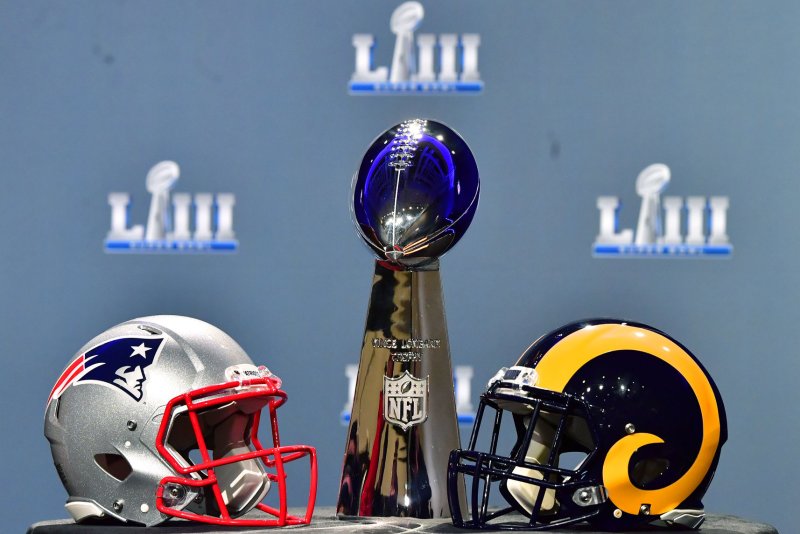 The Vince Lombari trophy will be up for grabs on Sunday as the Los Angeles rams take on the New England Patriots in Super Bowl LIII. A recent study found that most Americans disapprove of the NFL and 44 percent of those surveyed don't care who wins the Super Bowl. Photo by Kevin Dietsch/UPI | License Photo

The get-in price for Super Bowl LIII at Mercedes-Benz Stadium is now $2,474, according to Ticketmaster. That price is nearly $1,000 lower than last week.

Florida residents lead the pack for Super Bowl tickets purchased from the southern states, accounting for 30 percent for the region and 8.3 percent of the tickets sold overall, according to Ticketmaster.

Ticketmaster reported the average price of tickets sold at $5,739 on Friday, down $100 from Thursday.

NFL // 14 hours ago
Longtime Cowboys TE Jason Witten open to playing elsewhere in 2020
Feb. 19 (UPI) -- Veteran tight end Jason Witten wants to play again in 2020, even if it isn't for the Dallas Cowboys.