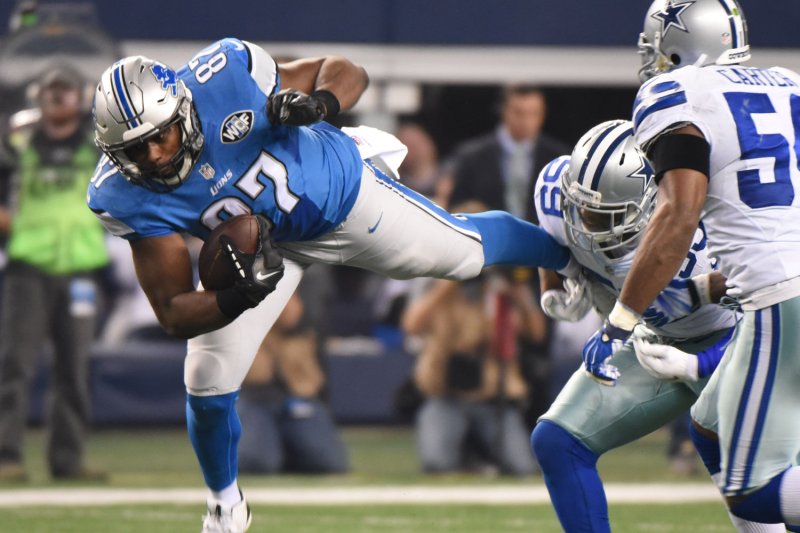 Former NFL tight end Brandon Pettigrew was arrested following an exchange in which he allegedly punched a police officer, according to a published report Monday.

The Pittsburgh Post-Gazette reported that Pettigrew had a confrontation with a limousine driver after refusing to pay a $97 fare at 3 a.m. on Monday in downtown Pittsburgh.

Per the report, the driver contacted the police and when confronted, Pettigrew refused to give his name to the authorities. He then "aggressively argued" with the officers and punched one of them three times in the chest before being threatened with a Taser and arrested, according to the report.

The officers did not use the Taser, however, as Pettigrew relented and was handcuffed.

Pettigrew, who earned more than $22 million during his eight seasons with the Detroit Lions, has not played since tearing his ACL in December 2015. He was waived by the team the following year.