By
Chad Conine, The Sports Xchange

Green Bay Packers Davante Adams gets away from Dallas Cowboys Anthony Brown for a short gain at AT&T Stadium in Arlington, Texas on October 8, 2017. Photo by Ian Halperin/UPI | License Photo

Green Bay Packers Aaron Jones rushes against the Dallas Cowboys during the first half at AT&T Stadium in Arlington, Texas on October 8, 2017. Photo by Ian Halperin/UPI | License Photo

Dallas Cowboys Dak Prescott calls a play at the line of scrimmage as he faces the Green Bay Packers at AT&T Stadium in Arlington, Texas on October 8, 2017. Photo by Ian Halperin/UPI | License Photo

The Green Bay quarterback tossed a 12-yard touchdown pass to wide receiver Davante Adams with 11 seconds remaining to lift the Packers to a 35-31 victory over Dallas on Sunday at AT&T Stadium.

Rodgers' scoring throw to Adams capped a nine-play, 75-yard march that took only 1:02. The winning touchdown pass came on second-and-10 from the Dallas 12, one play after Rodgers threw incomplete to Adams in the left-back corner of the end zone.

"I was going to call a different play, but (Davante) came back and said, 'Call it again.' With his eyes, he just said, 'Throw a better ball,'" Rodgers said. "I just put a better throw on it and he made a great catch."

Adams, who was in the NFL's concussion protocol last week before being cleared to play on Saturday, made the game-winning catch over Cowboys rookie cornerback Jourdan Lewis, who had broken up the pass on the previous play.

The Packers eliminated Dallas from the playoffs on this same field in January when Rodgers converted a key third-and-20 play in the closing seconds and kicker Mason Crosby nailed a 51-yard field goal as time expired.

Dallas head coach Jason Garrett might have nightmares involving Rodgers for a while. Rodgers converted a third-and-8 play from the Dallas 30 by scrambling for an 18-yard gain to the Dallas 12 to set up the final sequence.

"Obviously what you're trying to do (at the end of the game) is get stops on defense," Garrett said. "He is obviously a really good football player. He can beat you with his arm. He can beat you with his legs. A big point of emphasis coming into this ballgame was to keep him in the pocket as much as we could. At different times in this ballgame we were able to do that, but on that particular play he got out."

Cowboys quarterback Dak Prescott led the Cowboys on a 17-play, 79-yard drive in the fourth quarter. The march required a reviewed spot on an Ezekiel Elliott fourth-and-1 run, but it showed Elliott reached the ball over the Packers' 19-yard line, extending the Cowboys' drive.

Three plays later, Prescott made it count by running to his left and picking his way through the Green Bay secondary to put the Cowboys ahead 31-28 with 1:13 remaining.

At that point, Green Bay head coach Mike McCarthy said he wasn't thinking about January's playoff win. Instead, he was excited to give the ball to Rodgers.

"Aaron Rodgers on a two-minute drill, just don't know what else to say about him," McCarthy said. "I've got to expand my vocabulary. Just a great job by Aaron, the whole structure of the two-minute offense."

Dallas led Green Bay 24-22 before Packers cornerback Damarious Randall stepped in front of a Prescott pass and took it back 21 yards for a four-point lead, setting up the see-saw finish.

Rodgers led scoring drives on the Packers' first two possessions of the second half as they erased Dallas' 21-12 halftime lead.

Dallas, which surged in front 21-6, has now squandered double-digit leads in two straight games. The Cowboys led the Rams, 24-13, in the second quarter.

"You're frustrated," Prescott said. "We knew how important it was for us to get this and go into the bye week 3-2. And now on the flip side it is just about staying focused."

Dallas scored touchdowns on its first three drives as Prescott had an efficient first half.

Prescott completed 15 of 19 passes for 168 yards and three touchdowns in the first and second quarters. He hit wide receiver Cole Beasley for touchdown passes of 2 and 5 yards to boost the Cowboys to a 14-0 lead by the 13:37 mark of the second quarter.

Wide receiver Dez Bryant leaned past Randall to haul in a 10-yard touchdown catch, putting Dallas ahead 21-6 with 6:10 left before halftime.

The Cowboys scored on all four of their first-half possessions against the Rams last week. The clock ran out on the Cowboys' attempt to do the same against the Packers, though Dallas didn't punt in the first half for the second straight week.

Even so, Rodgers kept Green Bay in the game by passing for 107 yards and a touchdown before halftime.

Rodgers hit Adams for a 10-yard touchdown to cut the Cowboys' lead to one in the first quarter.

Packers running back Aaron Jones ran seven yards for a touchdown in the second quarter. However, Crosby missed the extra points on both touchdowns, allowing Dallas to go to the break with a 21-12 lead.

Dallas defensive lineman David Irving, making his season debut after missing four games due to suspension, sacked Rodgers twice in the first half.

NOTES: Packers WR Davante Adams, who was carted off the field on a stretcher after being knocked briefly unconscious in Green Bay's last game on Sept. 28, cleared the NFL's concussion protocol in time to play against the Cowboys on Sunday. He caught seven passes for 66 yards and two touchdowns. ... Dallas activated DL David Irving for Sunday's game. Irving, who was suspended for violating the NFL's substance-abuse policy, sat out the first four weeks of this season. It was an opportune time for the Cowboys to get Irving back as he forced three fumbles, posted a sack and batted down a pass in Dallas' regular-season 30-16 victory over the Packers last season in Green Bay. ... Dallas LB Sean Lee didn't play for the second straight game due to a hamstring injury he suffered during Dallas' win over Arizona in Week 2. ... Cowboys RB Ezekiel Elliott rushed for more than 100 yards in both of the team's games against Green Bay last season. Elliott ran 28 times for 157 yards in the regular-season win and gained 125 yards on 22 carries in the Cowboys' 34-31 postseason loss to the Packers. ... Green Bay improved to 19-17 in the all-time series against the Cowboys and the Packers hold a 15-13 edge in regular-season games. 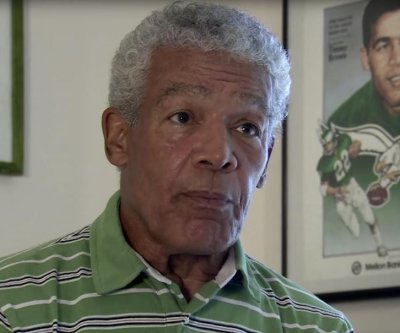 NFL // 51 minutes ago
Former Eagles championship RB Timmy Brown dies at 82
April 8 (UPI) -- Former Philadelphia Eagles running back and kick returner Timmy Brown -- who won an NFL Championship with the team in 1960 -- has died. He was 82. 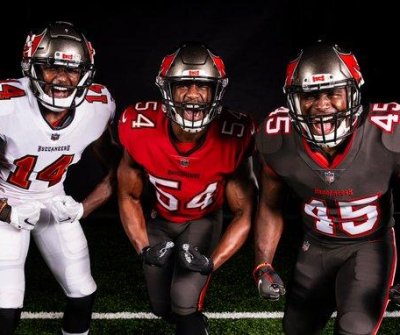 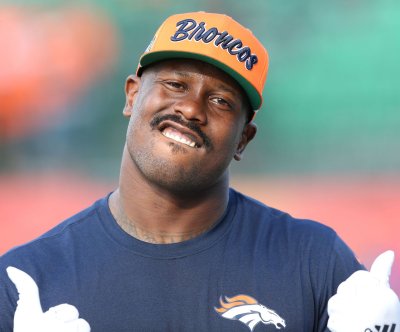