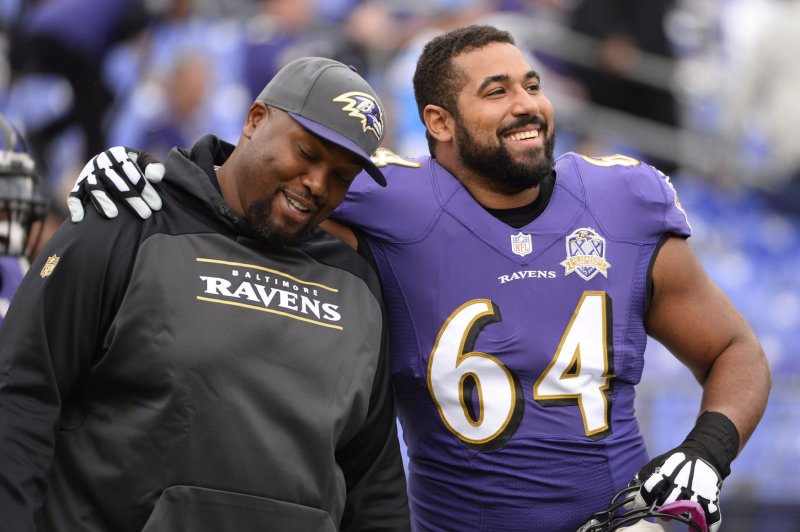 Urschel met with team officials before workouts began to advise of his decision. The 26-year-old Canadian-born lineman attended high school in Buffalo and graduated from Penn State.

Given his long-range plan, the news was not likely a surprise at the team's Owings Mills (Md.) headquarters.

"This morning John Urschel informed me of his decision to retire from football," coach John Harbaugh said in a statement. "We respect John and respect his decision. We appreciate his efforts over the past three years and wish him all the best in his future endeavors."

Since 2015, Urschel has been taking PhD track courses at Massachusetts Institute of Technology (MIT). In 2016, he took four courses and recorded straight As. At Penn State, Urschel graduated in four years -- bachelor's and master's degree in math -- with a 4.0 grade point average.

In three seasons with the Ravens, Urschel appeared in 40 games with 13 starts, including three last season.

The timing of his retirement, two days after a new study appeared to affirm strong ties between football and brain trauma, will likely be questioned. Urschel, however, left the team facility Thursday without speaking to reporters and did not make a statement.

In January, he told HBO being knocked unconcscious after a helmet-to-helmet hit and suffering a concussion already had an impact on his mind.

"I think it hurt my ability to think well mathematically," Urschel said. "It took me about three weeks before I was football ready. It took me a little bit longer before my high-level visualizations ability came back."