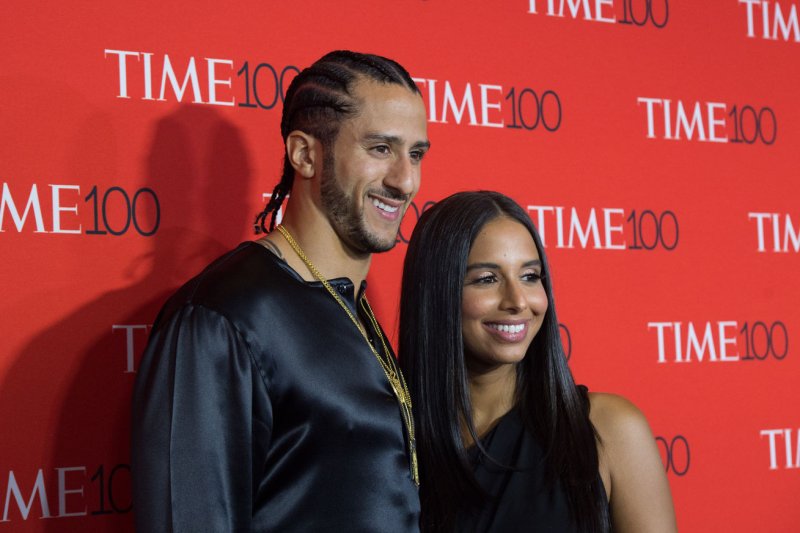 July 3 (UPI) -- Free agent Colin Kaepernick should speak up about his desire to play football, according to John Lynch.

The San Francisco 49ers general manager recently spoke with KNBR radio, where he said he has talked to the polarizing quarterback about his football future.

Kaepernick, 29, completed 59.8 percent of his passes for 12,271 yards, 72 touchdowns and 30 interceptions during his six-year NFL career. He has a quarterback rating of 88.9, 2,300 rushing yards and 13 rushing scores. Despite those numbers, he has earned very little interest in free agency.

The second round pick in the 2011 NFL Draft opted out of the final year of his contract in March. He was due $16.9 million from the 49ers.

"I would tell you with my conversations with Colin, he is fully committed to wanting to be in this league," Lynch told KNBR. "I gave that opinion to Colin myself: 'I think you are having a little bit of an image crisis in terms of, not so much what you did last year, but people are wondering: Is this most important to you?' At a position where the guys who succeed at the position are the guys who live it, breathe it, the CEOs at that position. And I think there is a perception that football is not at the top of the list."

"I think the way you could best help yourself is not to have someone talk for you, not have statements, but go sit down and give an interview and let people know where you stand because he makes a compelling case as to how bad he wants to be in the league when you talk to him."

Lynch's quotes offer a different perspective than the ones offered by the 49ers earlier this offseason. Team sources told The MMQB that the quarterback "might actually rather do social justice work full time than play quarterback."

Kaepernick visited the Seattle Seahawks in May, but walked away without a contract.

The quarterback was recently vacationing in Egypt with 49ers wide receiver Marquise Goodwin.

Kaepernick received national backlash for his 2016 protest of kneeling during the national anthem before football games as a statement against police brutality. Despite disagreement from fans, several players and law enforcement, he received praise from others as a social justice pioneer.

"This is part of history," Goodwin told the Buffalo News in October. "We'll look back in 20 years, 30 years from now and be, like, 'This dude stood for something.' He didn't fall [despite] everything. He stood for something, stood his ground, and no matter how many times he got booed, no matter how much scrutiny that he faced, he still was resilient through that and had the heart and the courage to continue to do that."

In March, Kaepernick teamed up with actor Ben Stiller and other activists, getting Turkish Airlines to supply a flight to Somalia. The effort resulted the airline flying massive amounts of food, water and supplies to aid those in crisis.

Seahawks coach Pete Carroll told reporters in June that Kaepernick is a "starter in this league."

"We have a starter, but he is a starter in this league and I can't imagine somebody won't give him a chance to play."

Former NFL coach Tony Dungy agrees with the sentiment that Kaepernick is being blackballed by the league.

"Without that national anthem [protest], someone would have signed him by now," Dungy told Newsday in May. "If you're seen as a distraction off the field, for whatever reason, you better have a lot of talent going for you."

Kaepernick's former coach with the 49ers, Chip Kelly, is on record saying the quarterback was not a distraction.

"There was zero distraction," Kelly told The MMQB in March. "He met with the team immediately after [his first protest]. He met with the other team leaders. He explained his position and where he was coming from. And literally, that was it. Colin was focused on football. He was all about the team and trying to help us win."

A source with direct knowledge of the situation told Pro Football Talk in June that the Seahawks' decision not to sign Kapernick was not because the two sides were in disagreement on salary.