The 36-year-old Davis, who led the National League with 43 saves in the 2018 season, clinched the World Series crown for the Royals with a game-ending strikeout against the New York Mets.

"Wade will forever be remembered by our fans, his teammates and our organization as an elite competitor and a very classy person," Royals president of baseball operations Dayton Moore said in a statement.

Davis made his Major League debut for the Tampa Bay Rays in 2009. After spending four seasons in Tampa (2009-12), the Royals acquired him from the Rays in December 2012 and converted him to a full-time reliever in 2013.

The veteran right-hander recorded 47 saves over his first four seasons with the Royals, who eventually traded him to the Chicago Cubs after the 2016 campaign. He played one year in Chicago (2017) before spending three seasons with the Colorado Rockies (2018-20). 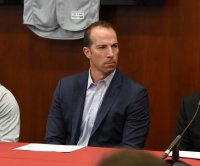 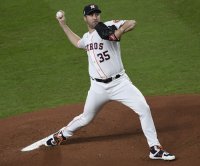