Baltimore Orioles first baseman Trey Mancini missed the entire 2020 season due to his battle with cancer and returned to hit 21 home runs in 2021. File Photo by Bob Strong/UPI | License Photo

Mancini claimed the honor in the American League after he missed the entire 2020 season to undergo treatment for Stage 3 Colon Cancer. The Orioles first baseman hit .255 with 21 home runs and 71 RBIs in 147 games in 2021.

Mancini, 29, was diagnosed with colon cancer in March of 2020 after he underwent a colonoscopy. The procedure revealed a malignant tumor. His surgery to remove the tumor and six months of chemotherapy forced him to miss the 2020 season. He returned to spring training in 2021 and was cancer free.

"When I was diagnosed, baseball really took a back seat," Mancini told MLB Network on Monday. "I knew there was a good chance that I might not be able to play again. At the same time, that was the least of my concerns.

"When you hear you have cancer and that it could be in an advanced stage, you aren't thinking too much about baseball. It is fight or flight mode then and that's how it was all year. But I'm thrilled to be back playing."

Posey, 34, announced his retirement in early November. The 12-year veteran played his entire career with the Giants. He was a seven-time All-Star, three-time World Series champion and the 2012 National League MVP.

Posey, who also claimed the honor in 2012, is the only Giants player to win the award. Mancini is the first Orioles player to claim Comeback Player of the Year honors. 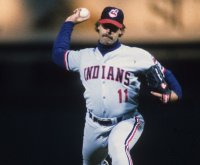 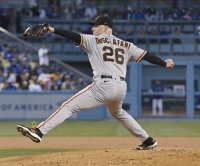