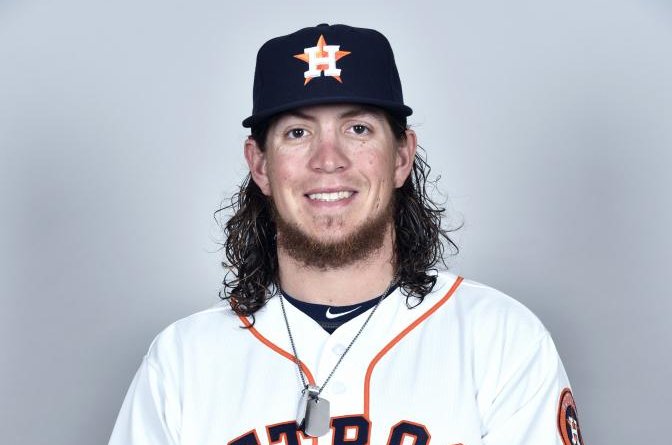 Tampa Bay Rays outfielder Colby Rasmus is on longer sporting an epic beard after shaving it off Wednesday.

Rasmus, who signed with the Rays last month, was getting plenty of attention for the new addition, which extended several inches below his chin. After getting a lot of criticism about his facial hair, he said goodbye. The Rays posted a photo on social media with the caption: "for all interested parties." The photo featured Rasmus rubbing his newly smooth-surfaced face.

Yes, it's me folks live and in color #ColbyJack #hello pic.twitter.com/zvjKZAnnvo

The left-handed hitter owns a career .241 average and came over from the Houston Astros this offseason after previous stints with the St. Louis Cardinals and Toronto Blue Jays. He is expected to compete for a rotation spot in the Rays' outfield.

MLB // 2 hours ago
Rosario, Braves walk-off vs. Dodgers to take 2-0 lead in NLCS
Oct. 18 (UPI) -- Atlanta outfielder Eddie Rosario hit a single off the glove of shortstop Corey Seager to give the Braves a dramatic walk-off win over the Los Angeles Dodgers in Game 2 of the NLCS Sunday on night.

MLB // 5 days ago
Late Freddie Freeman homer lifts Braves over Brewers, into 2nd straight NLCS
Oct. 12 (UPI) -- The Atlanta Braves advanced to the NL Championship Series for the second year in a row after Freddie Freeman hammered an improbable, tiebreaking home run to clinch a 5-4 comeback win over the Milwaukee Brewers.
Advertisement