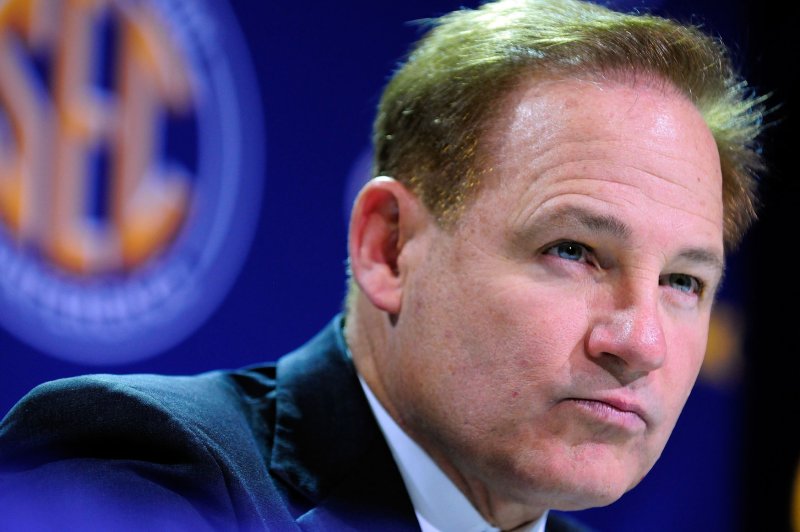 March 5 (UPI) -- The University of Kansas placed head coach Les Miles on administrative leave and will conduct a full review to determine his future with the football program, the school announced Friday.

The university's decision came after reports into Miles' conduct while coaching at LSU in 2013 were made public this week.

"Even though the allegations against him occurred at LSU, we take these matters very seriously at KU," Kansas athletic director Jeff Long said in a statement Friday. "Now that we have access to this information, we will take the coming days to fully review the material and to see if any additional information is available.

"I do not want to speculate on a timeline for our review because it is imperative we do our due diligence."

On Thursday, an investigative report released on behalf of LSU showed that a 2013 internal probe at the school accused Miles of inappropriate behavior toward female students, including allegations that he met them off campus by himself and kissed at least one of them.

The investigation -- conducted by law firm Taylor Porter on behalf of LSU -- didn't find that he had sexual relationships with any of the women, and Miles strongly denied kissing the female student.

Miles' attorney, Peter Ginsberg, told ESPN on Thursday that the findings of the report "should put an end to the baseless, inaccurate media reports that Coach Les Miles engaged in an inappropriate touching of an Athletic Department student volunteer eight years ago."

On Friday, a second investigative report conducted by the law firm Husch Blackwell described systemic failures by LSU to adequately report incidents of athletic-related sexual misconduct and abuse. In that report, former LSU athletic director Joe Alleva recommended in 2013 that Miles be fired as head coach due to the accusations.

Kansas hired Miles in November 2018, signing him to a five-year contract at the time. The 67-year-old Miles has a 3-18 record in his first two seasons with the Jayhawks.

Mike DeBord, who was hired last month to be Kansas' offensive coordinator, will oversee the football program in Miles' absence.

NFL // 4 minutes ago
'Unwanted' QB Sam Darnold stung by trade, vies to improve with Panthers
April 13 (UPI) -- Quarterback Sam Darnold said he was "stung" when he became "unwanted" and traded away by the New York Jets this off-season to the Carolina Panthers, but is now focused on self-improvement and learning a new offense.

Sports News // 21 hours ago
Kentucky Derby: Prospective field set for 20 Thoroughbreds
April 12 (UPI) -- With all the preliminaries in the book, here's how the field shapes up for the May 1 Kentucky Derby.

MLB // 21 hours ago
Red Sox's J.D. Martinez hits three homers in win vs. Orioles
April 12 (UPI) -- J.D. Martinez started his day with a strikeout, but went on to smack three home runs to lead the Boston Red Sox to a 14-9 victory over the Baltimore Orioles in Baltimore.