Matt Garza and the Milwaukee Brewers held on to defeat the Miami Marlins on Friday. Photo by Bill Greenblatt/UPI | License Photo

MILWAUKEE -- Stephen Vogt hit two home runs in his Miller Park debut as the first-place Milwaukee Brewers added to their lead in the National League Central with 3-2 victory over the Miami Marlins on Friday night.

Vogt, claimed off waivers last weekend from Oakland, put the Brewers on the board with a solo home run in the fifth inning and gave them the lead with a two-run shot in the seventh.

Brewers right-hander Matt Garza went five innings and held the Marlins to two runs and six hits with one walk and three strikeouts.

Milwaukee's bullpen was in lockdown mode from there.

Carlos Torres (4-4) pitched two scoreless innings and Jacob Barnes struck out two in the eighth to bridge the gap to closer Corey Knebel.

Knebel walked the leadoff batter in the ninth but got bailed out by a marvelous relay throw from Orlando Arcia to get the tying run at the plate. He also had two more punchouts to set an MLB record for consecutive games with a strikeout to start the season for a reliever with 40, as well as earn his 13th save.

Edinson Volquez went six innings for Miami and allowed one run and three hits. He walked two struck out four.

A scoreless game through four innings, Miami broke through in the fifth on an RBI double from JT Riddle. He made it 2-0 later the inning, scoring when Garza flubbed a sacrifice bunt by Dee Gordon and couldn't make a short toss home.

Domingo Santana drew a leadoff walk to put the winning run aboard against David Phelps (2-4) in the seventh. After Hernan Perez struck out, Vogt smashed a 1-2 fastball to center, putting Milwaukee ahead.

NOTES: The game was delayed for seven minutes in the fourth inning when 1B umpire Joe West was struck in the back of the head by a baseball thrown from the stands. West remained in the game. ... Milwaukee optioned RHP Jorge Lopez to Double-A Biloxi and selected the contract of Rob Scahill from Triple-A Colorado Springs. To clear space on the 40-man roster for Scahill, RHP Tyler Cravy was outrighted to Colorado Springs. ... Marlins manager Don Mattingly said RHP Tom Koehler will likely return to the rotation Saturday for his first big league start since May 16. He struggled with 1-2 record a 7.04 ERA in eight starts when he landed on the disabled list with bursitis but posted a 2.29 ERA in four minor league rehab appearances, earning a return to the big leagues. ... OF Corey Hart, who played for Milwaukee from 2005 to 2012, officially signed his retirement papers and was added to the Brewers' Wall of Honor. An 11th-round pick in the 2000 MLB draft, Hart batted .276 for the Brewers with 154 home runs and 508 RBIs. 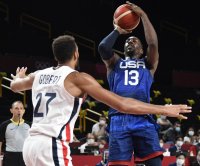 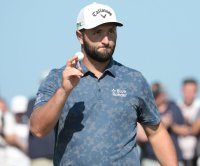 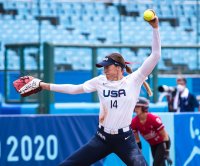 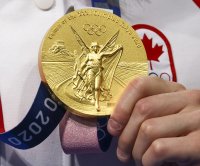