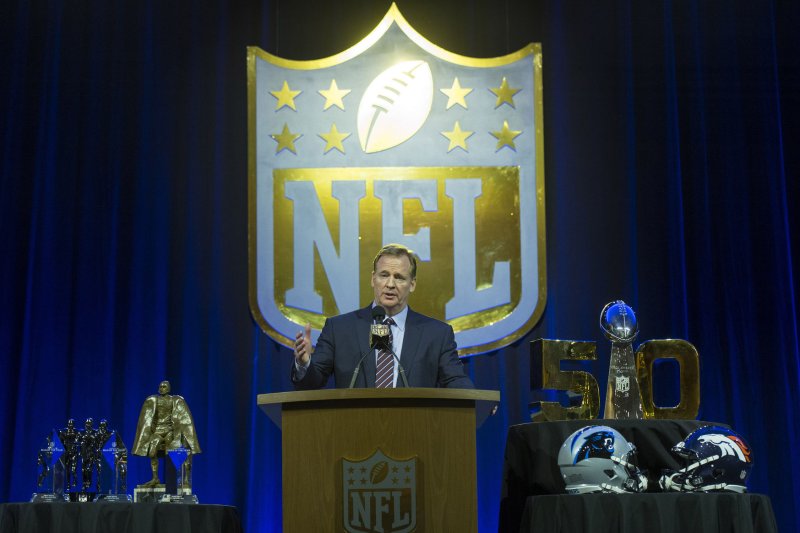 The House Committee on Energy and Commerce has found in a 91-page report that the NFL improperly tried to influence a study regarding the detection of chronic traumatic encephalopathy, or CTE, in living patients.

According to ESPN's "Outside the Lines," Congressional investigators have concluded at least a half-dozen top NFL health officials waged an improper, behind-the-scenes campaign last year to influence a major U.S. government research study on football and brain disease.

The report describes how the NFL pressured the National Institutes of Health to strip the $16 million project from a prominent Boston University researcher and tried to redirect the money to members of the league's committee on brain injuries, according to ESPN.

The study was to have been funded out of a $30 million "unrestricted gift" the NFL gave the NIH in 2012.

"In this instance, our investigation has shown that while the NFL had been publicly proclaiming its role as funder and accelerator of important research, it was privately attempting to influence that research," the report states.

The NFL backed out of a signed agreement to pay for the study after the NIH rebuffed the league's campaign to remove Robert Stern, an expert in neurodegenerative disease who has criticized the league, the report shows. Taxpayers instead bore the cost.

U.S. Rep. Frank Pallone Jr., D-New Jersey, told "Outside the Lines" that the NFL's attempts to influence the NIH threatened to compromise the integrity of the research.

"Once you get anybody who's heavily involved with the NFL trying to influence what kind of research takes place, you break that chain that guarantees the integrity, and that's what I think is so crucial here," said Pallone, the ranking Democrat on the Energy and Commerce Committee. "Fortunately, the NIH didn't take the bait. It shouldn't be a rigged game. If it is, then people won't really know whether what we're finding through this research is accurate.

"They wanted to look like the good guy, like they were giving money for this research. But as soon as they found out that it might be somebody who they don't like who's doing the research, they were reneging on their commitment, essentially."

The NFL had no comment to ESPN.com, explaining it had not yet read the report.

Sports News // 11 hours ago
For Novak Djokovic, French Open, U.S. Open in doubt due to being unvaccinated
Jan. 18 (UPI) -- Tennis great Novak Djokovic's quest for a record 21st Grand Slam title could be delayed further because of government officials' concerns that he has not been vaccinated for COVID-19,

Sports News // 16 hours ago
Australian Open tennis: Tsitsipas, Sabalenka advance, top Americans ousted
Jan. 18 (UPI) -- Stefanos Tsitsipas and Aryna Sabalenka were among the top-seeded players to win Tuesday at the Australian Open. Sofia Kenin and Coco Gauff, the top Americans in the tournament, each were eliminated in the first round.

NFL // 17 hours ago
Matthew Stafford, Rams crush Cardinals, advance to divisional round
Jan. 18 (UPI) -- Veteran quarterback Matthew Stafford earned his first career playoff win, throwing for two scores and running for another in a dominant Los Angeles Rams victory over the Arizona Cardinals in the 2022 NFL wild-card round.
Advertisement